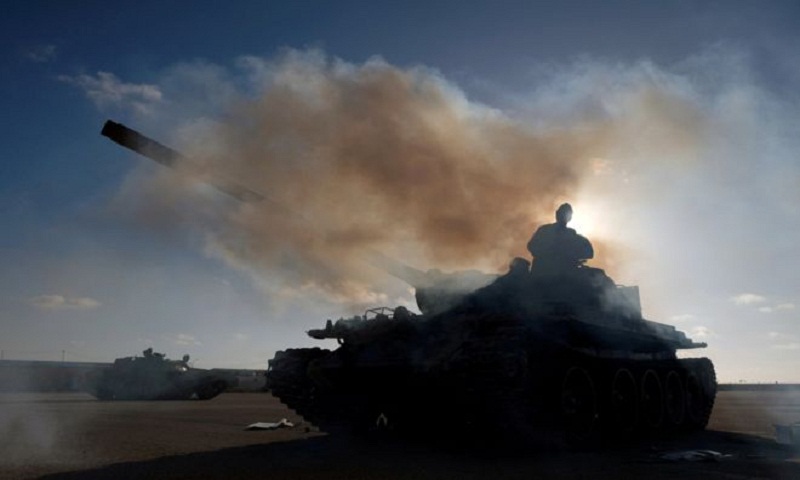 Islamic State group militants say they were behind a Saturday attack on a training camp for the forces of Libyan military strongman Khalifa Haftar.

Hospital officials said nine people were killed in the attack in Libya's southern city of Sabha.

They are now concentrated in the north west, where they are battling for control of the capital, Tripoli.

In a statement posted online, the Islamic State group said it had killed or wounded 16 people in the Sabha attack, as well as freeing inmates from a prison.

A military source confirmed to Reuters that a jail inside the camp had been stormed but gave no further details.

Hamed al-Khaiyali, head of the local municipality, told the news agency that one soldier had been beheaded in the attack, while seven others were "slaughtered" or shot.