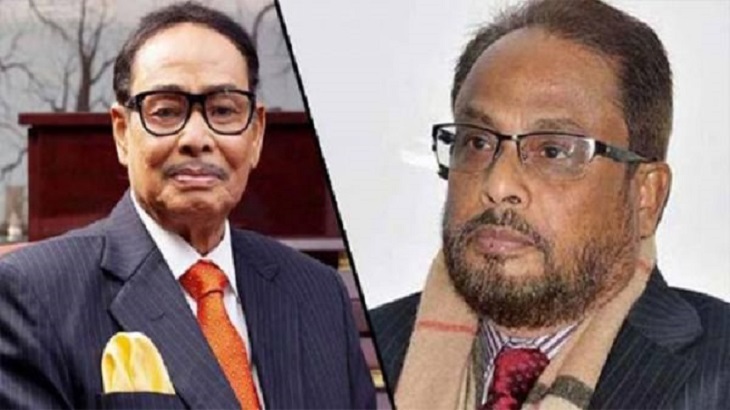 The 89-year-old ailing chief of the party made the announcement at an urgent press conference at his home in Dhaka’s Baridhara just after 11:00pm.

The former military strongman, citing his own sickness, said Co-Chairman Quader will perform the duty of chairman from now on and subsequently become chairman in Ershad’s absence.

Ershad also asked his party's leaders and activities at all levels to extend all-out cooperation to his brother,

"As I'm physically ill, the regular functions of the party chairman are being hampered that's why I appoint GM Quader, MP, as its acting chairman to perform duties until my further instructions," he said.

He said the decision will come into effect immediately.

The controversy over selecting Ershad’s successor has long been making headlines as Ershad had tried to install Quader as his heir in the party several times.