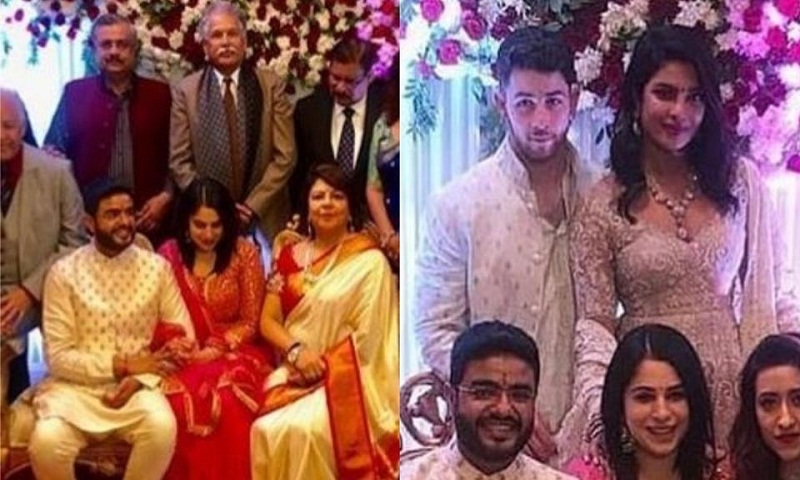 Actor Priyanka Chopra’s brother Siddharth Chopra’s wedding was scheduled for April end but rumoured to be cancelled at the last minute. Now, Priyanka’s mother Madhu Chopra has confirmed that the wedding has indeed been called off.

According to a report in Pinkvilla, when Madhu was asked about the same, she said, “They (Siddharth and Ishita) have mutually called it off.” Priyanka had flown to India without husband Nick Jonas to take part in the wedding celebrations but left after a few days. Her actor cousin Parineeti Chopra, too, had joined them and had shared pictures of their fun time together on her Instagram account.

Priyanka had also attended an event at her mother’s clinic day before she flew to the U.S. She had shared pictures from the event along with an encouraging note for her mother saying, “She has constantly reinvented herself in the pursuit to be her best self in her many roles from a physician in the army, to a film producer, an entrepreneur to a daughter, wife, sister, mother and a friend.”

She had instead shared a picture while chilling at a restaurant with the caption, “Cheers to new beginnings. With a goodbye kiss to beautiful endings.” She also seems to have her parents on her side as her mother Nidhi Kumar reacted to the post saying, “Close old book and write,” while her father wrote, “We are with you; Feel the expanse of the universe and be the star you were born to be.”

Earlier, Ishita’s emergency surgery just days before the wedding was said to be the reason behind the wedding getting postponed. She had also shared a pic from the hospital with the caption, “Recovering from surgery Very painful but glad it’s over.” Reports suggested that she needed to recuperate and was taking her time until their parents decided on a new wedding date.

Priyanka, however, attended brother-in-law Joe Jonas’ and Game of Thrones actor Sophie Turner’s wedding in Las Vegas soon after walking the red carpet at the Billboard Music Awards. Sophie tied the knot with Joe in a private wedding ceremony at a chapel in Las Vegas in just the company of some family members and friends, reports HT.