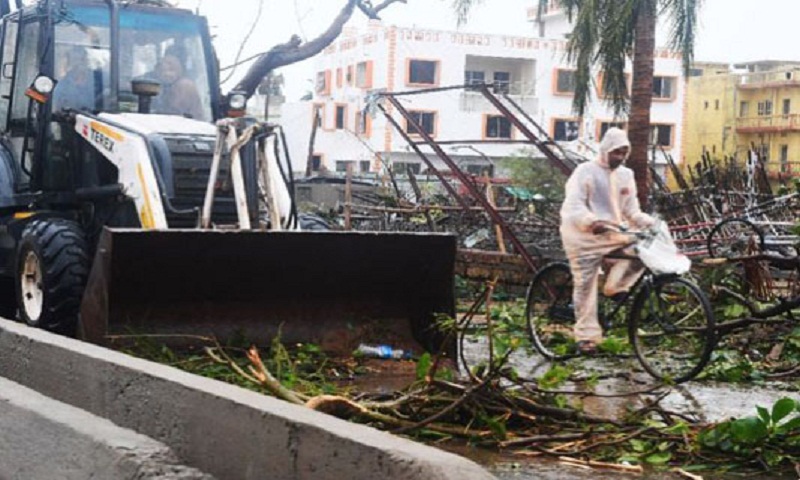 Cyclone Fani headed for the major Indian city of Kolkata on Saturday after leaving a trail of deadly destruction along the country’s east coast.

Fani, one of the most powerful storms to come out of the Bay of Bengal in the past decade, has reportedly killed at least eight people in India and one person in Bangladesh — some hit by flying trees and lumps of concrete carried by ferocious winds.

While weakening, the storm — which had packed winds of 200 kilometres (125 miles) an hour — lashed torrential rain onto Kolkata, and its normally packed streets were empty ahead of the arrival of Fani, which means ‘snake’ in the Bengali language.

The international airport in the city of five million people was ordered closed. Train services were also halted.

The storm moved north into West Bengal state from neighbouring Odisha, where more than one million people were moved away from coastal areas.

Eight people were killed in Odisha, the Press Trust of India (PTI) news agency reported, including a teenage boy crushed under a tree and a woman hit by concrete debris.