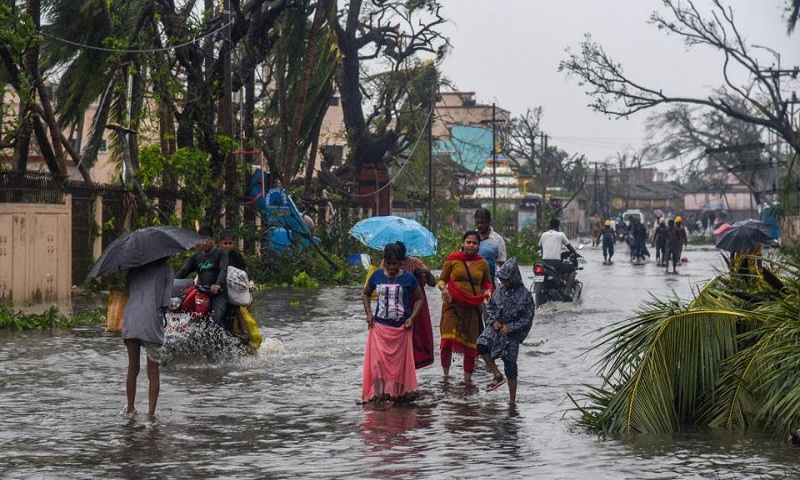 Cyclone Fani, one of the strongest storms to batter the Indian subcontinent in decades, uprooted trees and triggered rains as it entered West Bengal post midnight on Saturday, hours after making landfall and causing havoc in Odisha on Friday.

No loss of life or any injury has been reported so far.

According to the Meteorological department, the extremely severe cyclonic storm relatively weakened after entering coastal Odisha and transformed into “very severe” as it approached Bengal.

Fani lashed cities and towns in coastal Bengal including Digha, Mandarmani, Tajpur, Sandehskhali and Contai while the effects of the storm could also be felt in cities like Kharagpur and Burdwan as trees were uprooted and metal hoardings gave way.

Parts of Kolkata and the suburbs also received moderate to heavy rainfall since Friday afternoon,reports HT.