Birth, Rebirth and Demise of BNP 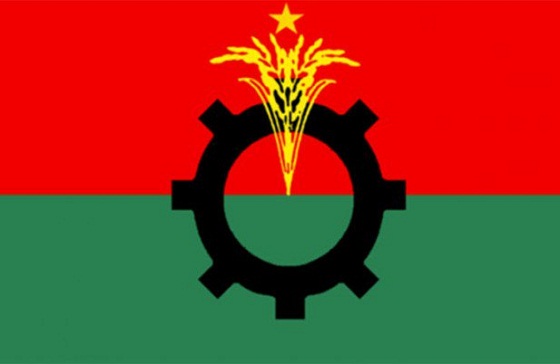 Any political party worth its name have a normal birth, grows organically and survives only if it has leaders with vision and can understand the desire of the people. A political party may or may not become part of the state power but can play a constructive role in the political arena of the country in the interest of people. Some of the oldest political parties of this sub-continent, like Indian National Congress (not born as a political party), Communist Party of India, Awami League, National Awami Party (in Pakistan renamed as Awami National Party) due to their leadership has now become political powers to reckon with. On the other hand, Pakistan Muslim League that spearheaded the creation of Pakistan now has become part of history. Indian National Congress had many ups and downs but survived and has a strong presence in the Indian Parliament. Muslim League died an expected dissolution after the death of Muhammad Ali Jinnah. During his life time Jinnah was the Muslim League. Muslim League was the only political party which never contested any national election in Pakistan, the country whose creation was led by it. Indian National Congress first faced a major political crisis after the death of Indira Gandhi but survived as it could develop a team of capable leaders who began their political career during early years of Congress as a political party. The party also faced a number of splits.

Awami League the current ruling party in Bangladesh faced many severe crises since its birth in 1949. At least on three different occasions it was banned as a political party by military rulers both during the 23 year rule of Pakistan and once by BNP’s founder General Zia. The party also faced split at least on three occasions. After the killing of one of its key founders and the Father of the Nation Bangabandhu Sheikh Mujibur Rahman on the fateful night of August 15, 1975 and its four senior leaders brutally murdered in the prison cell in November of the same year by the professional colleagues of General Zia, AL was made non functional by military ruler Zia after he took over as the first military ruler of the country in 1977.

Only after the return of Sheikh Hasina, one of the two surviving daughters of Bangabandhu, did the party regroup and made a comeback in politics in the early eighties. Since her assuming the leadership of the party, Awami League has been in power on three successive terms including the current tenure and in total for four terms, something unprecedented in the history of national politics in the sub-continent.

In Bangladesh two other parties was also in the state power and both did not have a natural birth as a political party. General Zia formed the Bangladesh Nationalist Party (BNP) in 1978 while he was still the Chief Martial Law Administrator and the unelected President of the country. After the assassination of Bangabandhu, Khondaker Mushtaque was in power for a brief period of 86 days before he was booted out by Zia. Weak kneed Justice A S M Sayem was appointed the President while another of his colleagues Justice Sattar the Vice President. Zia continued as the army chief and the Chief Martial Law Administrator.  Later he compelled Justice Sayem to resign as the President. For this he used Justice Sattar. After his retirement Justice Sayem wrote in his memoirs ‘At Bangabhavan-last phase’ that  Zia became so crazy to assume the Presidency that first he tried to use Justice Sattar his  Vice President to convince Sayem  that it would be wise for him to announce his retirement.

Finding Sayem reluctant to comply with, Zia became so impatient that he would frequently visit Bangabhavan and threat and intimidate Justice Sayem.  Soon Sayem yielded and handed over power to Zia. Power hungry Zia knew very well to give his rule a garb of civilian look he needed a political party. He used Sattar, his Vice President to assemble all the political rag-tags, ultra rightist and ultra left forces and those who opposed the creation of Bangladesh and anyone who was considered anti Awami League to join a political platform called Jagodal which he later renamed as BNP in 1978 and he assumed country’s Presidency in a bizarre referendum. Zia’s rule till his assassination in 1981 was fraught with conspiracy, intrigue and extrajudicial killing of his opponents including the valiant freedom fighter Col. Taher. There were at least twenty coup attempts to overthrow Zia. He executed at least two thousand persons in uniform accusing them of conspiring against him. Andre Gunder Frank, the internationally renowned German Economist and Educationist in his acclaimed book ‘Crisis: In the third world’ writes “Ziaur Rahman has opened an ugly breach. Mass executions of the imprisoned ordered by the central authority of the state is something repugnantly new… [These are] the first official mass execution that have been known in this century in South Asia.” There has been many such published news in the International media about the ruthlessness of Zia during his regime.

After Zia’s death his party ruled the country with his Vice-President Sattar as the President till he was booted out of power in on March 24 of 1982 by the then Army Chief General Ershad. BNP in the absence of any worthy leadership faced a crisis of existence till Zia’s widow Khaleda Zia was made the party President. Like her late husband she was also very authoritarian in character. She and her party, though played an important role along with Bangladesh Awami League and other political parties in the anti-Ershad movement, could not play the role of an able Prime Minister when her party was voted to power in the election of 1991. As she lacked political experience she relied on corrupt bureaucrats and self-seeking politicians. She also gave a strong berth to Jamaat-e-Islami, the party that opposed the creation of Bangladesh, in her government. Jamaat was originally reinstated in the politics by her late husband Zia.

However her misrule during 2001-2006 overshadowed all other misrules not only in Bangladesh but also the misrules of other military dictators and politicians in the region. Her eldest son Tarique Rahman ran a parallel administration in the country.   His name became synonymous with corruption in Bangladesh and internationally. He has been accused in courts in US and Bangladesh. In a number of corruption cases, the tragic 21 August grenade attack to kill Awami League Chief Sheikh Hasina  and money laundering cases he has been  convicted to seventeen years of imprisonment along with his mother and two  time Prime Minister Begum Zia by the apex court of the country. However BNP still recognises the fugitive and convicted Tarique Rahman as their acting Chairman in the absence of his imprisoned mother Begum Zia.

Sitting in London with as a political asylum fugitive Tarique has made all his other party leaders redundant and bunch of jokers, especially BNP’s Secretary General Mirza Fakhrul Islam Alamgir and Ruhul Kabir Rizvi, the Senior Joint Secretary of the party. The party has gone into a self-imposed exile inside the party office at Naya Paltan.

Before the last General Election BNP announced that with their party Chairperson in prison and under the Awami League Government, they will not contest the election. The government announced that release of their Chairperson will have to be decided by the court and the election will be conducted by the Election Commission as per the Constitution of the country. BNP in the absence of any credible party leader sought the assistance of Dr. Kamal Hossain and his Gonoforum and Oikya Front colleague to rescue them out of their political impasse.   Dr. Kamal Hossain, an internationally renowned jurist, grew up in the shadows of Bangabandhu. As a politician he never had a chance to survive on his own. However, Sheikh Hasina did never lose respect for Dr. Kamal Hossain but considers him as a close aid of her late father. Dr. Kamal Hossain did whatever possible to rescue BNP out of their political quagmire but unfortunately it was not he who mattered in BNP’s decision making process; it was the fugitive and absentee acting chairman of the party Tarique Rahman who mattered.

BNP finally participated in the election but who will contest the election was not decided by the collective party leadership but by Tarique Rahman and it is alleged that the nominations went to the highest bidder. BNP’s performance was miserable and could win only in six seats in the three hundred member parliament.

Initially the party announced that none of their elected part members will take oath and give recognition to what they termed a ‘rigged’ election. As per the Constitution an elected member of the parliament must take oath within ninety days of being declared elected otherwise his seat will fall vacant. After lots of tantrums and dramatics now all except Mirza Fakhrul have taken oath as members of Jatiya Sangsad and sat in the parliament. They also announced that they took the oath after consultation with their acting chairperson Tarique Rahman.

The rumour is that all of them wanted their money back from Tarique Rahman who initially sold them the nominations and also threatened that if they do not get back their money they will just disregard the party decision and take oath. Now all elected members have taken oath. Mirza’s parliament seat has already been declared vacant.

All these actions and reactions have proved BNP’s political bankruptcy and if the political history of the subcontinent is any indicator, it can reasonably be said that BNP as a political party is on its way to an expected demise. Its making a comeback in the politics of Bangladesh is practically nil. The party did not have a normal birth and organic growth; it was stunted by its politically retarded and high handed and person-centric leadership. The people who presumably ran the party were mere stooges of Zia, his wife and Tarique Rahman. A democratic system to flourish needs good and strong political parties. BNP could be one of them but just for the personal gains of a family it is just in the process of fading into oblivion. Not only is BNP in the process of demise, it has also reduced to a one-man party. Politicians like Dr. Kamal Hossain, Kader Siddiqui Bir Uttam, A S M Abdur Rob, General (Retd) Ibrahim, Mahmudur Rahman have turned into political dwarfs. Politics is a difficult game in any country and needs leaders with vision, tenacity and patience. BNP never had any of these.

The writer is an analyst and commentator.