The ‘Ray’ of Bengali cinema 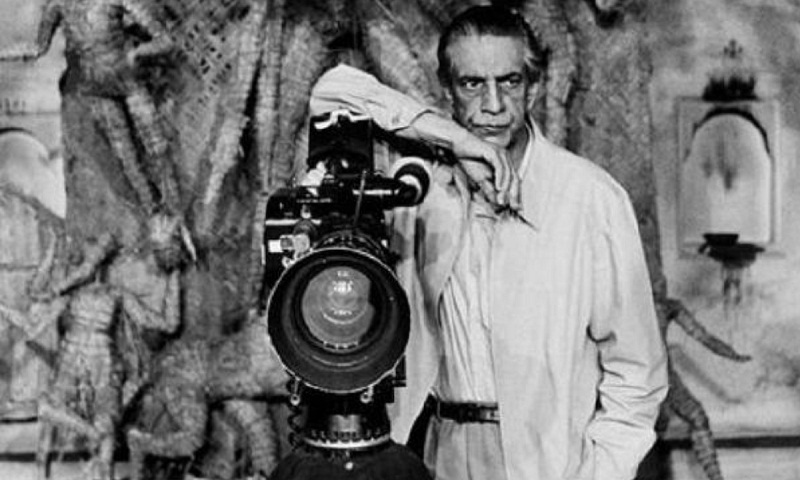 The scorching sun might have all of its rays dominating the earth in this summer, but the 2nd day of May is particularly grateful to the mother earth for allowing it to be the birth date of a particular persona named ‘Ray’ in the diversified world of Indian cinema. Because 98 years ago today, in 1921, one of the legendary filmmakers in the world Satyajit Ray was born.

An artist from his core, he is remembered for so many remarkable creations. Perhaps he is best known as the profound creator of acclaimed detective series Feluda, science fiction series Professor Shonku, director of 36 remarkable films (including feature films, documentaries and shorts), a fiction writer and author, lyricist, publisher, illustrator, calligrapher, screenwriter, music composer, graphic designer and even- a visionary film critic.

Born in the city of Calcutta (now Kolkata) to a renowned Bengali family which is credited for its contributions from generation to generation in the world of literature, Ray grew up with the passion to create a visionary difference that we always noticed in his works.

His father Sukumar Ray was a prominent writer of children’s books, who is best known for his humorous and eccentric rhymes and literary presentations. From the prominent ancestors, Satyajit’s grandfather Upendrakishore Ray Chowdhury was a writer, illustrator, philosopher, publisher, amateur astronomer and one of the leaders of the Brahmo Samaj, a religious and social movement in nineteenth century Bengal.

Ray started his schooling in Ballygunge Government High School, Calcutta. Later, he achieved his BA in economics at Presidency College, Calcutta (which was then affiliated with the University of Calcutta), though his interest was always in fine arts. So he later went to Nobel laureate literary maestro Rabindranath Tagore’s Visva-Bharati University at Santiniketan, where he truly came to appreciate Oriental art. He later credited his learning from the famous painters Nandalal Bose and Benode Behari Mukherjee while he was studying at Santiniketan.

As a fan of oriental arts, Satyajit Ray started his career as an illustrator and graphic artist. He became interested in independent filmmaking after meeting French filmmaker Jean Renoir and viewing Vittorio De Sica's Italian neorealist film The Bicycle Thief(1948), during a visit to London starting his career as a commercial graphic artist.

The director Satyajit Ray’s career started with his remarkable cinema titled as Pather Panchali (1955), which won eleven international prizes including the inaugural Best Human Document award at the 1956 Cannes Film Festival. Soon after the success, he decided to shape a trilogy (an idea that was rarely used during his time) along with Aparajito (1956), and Apur Sansar (1959). All of those films in this Apu Trilogy emerged to win huge affection from the fans, and till date the essence continues.

Satyajit Ray's influence has been widespread and deep in Bengali cinema. A number of Bengali directors, including Aparna Sen, Rituparno Ghosh and Gautam Ghose as well as Vishal Bhardwaj, Dibakar Banerjee, Shyam Benegal and Sujoy Ghosh from Hindi cinema in India, Tareq Masud and Tanvir Mokammel in Bangladesh, and Aneel Ahmad in England- have been influenced by his film craft. Across the spectrum, filmmakers such as Budhdhadeb Dasgupta, Mrinal Sen and Adoor Gopalakrishnan have acknowledged his influential contribution to Indian cinema. Beyond India, filmmakers such as Martin Scorsese, Francis Ford Coppola, George Lucas, James Ivory, Abbas Kiarostami, Elia Kazan, William Wyler, François Truffaut, Carlos Saura, Isao Takahata, Wes Anderson, Danny Boyle, Christopher Nolan and many other noted filmmakers from all over the world have been influenced by his cinematic style, with many others such as Akira Kurosawa praising his work.

The legendary filmmaker was honored with so many awards and prizes, including 32 Indian National Film Awards, a Golden Lion, a Golden Bear, 2 Silver Bears, and a host of others, and the Honorary Academy Award in 1992. The Government of India honored him with the Bharat Ratna, its highest civilian award, in 1992 while he was awarded an honorary degree by Oxford University, only the second film personality after Chaplin to have been awarded this degree.

Satyajit Ray passed away at the age of 70, in 23 April, 1992 before translating several of his popular books into the screen. He canonized many characters from his books and brought them alive on the big screen. His son, Sandip Ray is now restoring and holding the rights of his old documents, original illustrations and scripts, as well as continuing the direction of his father’s literary creations such as the Feluda series.

Ranked 13th in BBC’s ‘Greatest Bengali of all time’ list, Ray is always respectively remembered as a pioneer in the cinema of the greater India and especially, in the world of Bengali literature and arts.