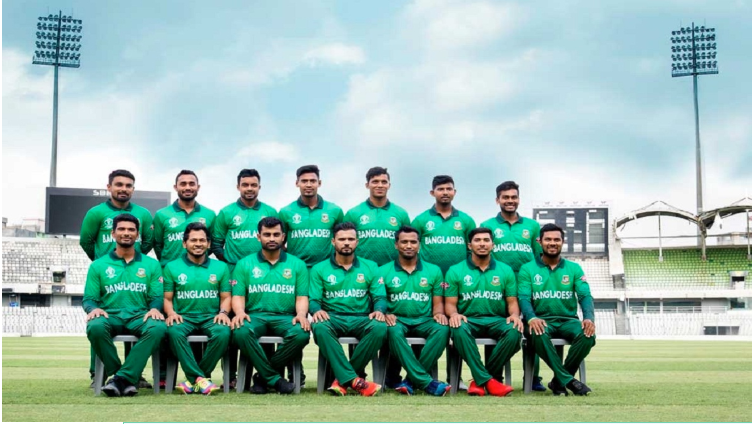 The Bangladesh national cricket team left the country on Wednesday for a tri-series in Ireland and the World Cup assault.

While leaving the country, most of the members of the Bangladesh team expressed their confidence ahead of the challenging tour.

The Tigers will start their World Cup campaign on June 2 playing against South Africa. Right before that, they are set to take part in the tri-series in Ireland involving the hosts and West Indies.

“Pray for us. We will fight hard to make it our most successful World Cup,” Bangladesh captain Mashrafe Bin Mortaza told the media while leaving for Ireland.

It is going to be the fourth World Cup for Mashrafe. Before this one, he played in 2003, 2007 and 2015. However, he missed in 2011 when the World Cup took the place in Bangladesh jointly with India and Sri Lanka.

Right-arm pacer Rubel Hossain is all set to play his third World Cup. Before flying for Ireland, he said, “We are going on a long tour with a big dream. We have the belief that we can do anything in the World Cup.”

Rubel played a World Cup for the first time in 2011. He also represented the Tigers in 2015 in Australia and New Zealand.

Sabbir Rahman and Soumya Sarkar are set to play their second World Cup. Soumya, the southpaw, said,  “It will be my second appearance in the World Cup. I will try to not replicate the same mistakes what I had done earlier.”

On the other hand, Sabbir said, “We are upbeat to give our hundred per cent in the field. We will do everything possible to get the best result.”

Players like Mohammad Mithun, MosaddekHossain, MehidyHasanMiraz, Mohammad Saifuddin and Mustafizur Rahman are excited to be part of the Tigers in the World Cup for the first time in their career.

“The only thing that I want to say, please, pray for us and keep trust on us,” Mithun told the reporters.

Mustafizur, who never looked back after his debut back in 2015, said, “World Cup is the biggest event of cricket. I am excited as well because it will be my first World Cup. Every cricketer wants to play well in the World Cup. I am no exception.”

Mehidy Hasan, who is also one of them who are set to feature in the World Cup for the first time, said, “It is going to be a long tour. We are hopeful to take the challenge. Please, pray for us and keep supporting.”