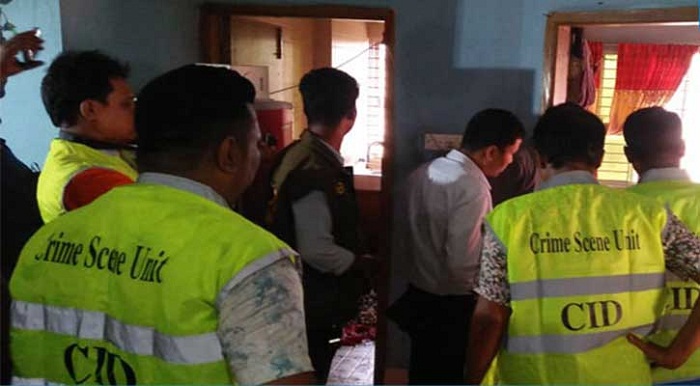 A group of miscreants forced into a house of a businessman and looted valuables in broad daylight killing the housewife in the port city on Tuesday. The looters also stabbed the son of the house owner.

The deceased was identified as Roksana Begum, 45, wife of Abul Kashem, owner of a wheat importing company MA Kashem.

The robbery took place around 1:30pm at Khatunganj area of the Chattogram while Abul Kashem was in his office.

Hasan Murad, niece of Abul Kashem said, “Hearing the news of robbery, I rushed to my uncle’s house. I found my aunt dead lying down against the bed and cousin Aziz seriously injured as he was stabbed. The miscreants have looted money and gold ornaments from the house.”

Md Kamruzzaman, inspector (Investigation) of Kotwali Police Station said, “Roksana Begum, businessman’s wife, was stabbed to death. We are investigating into the matter.”