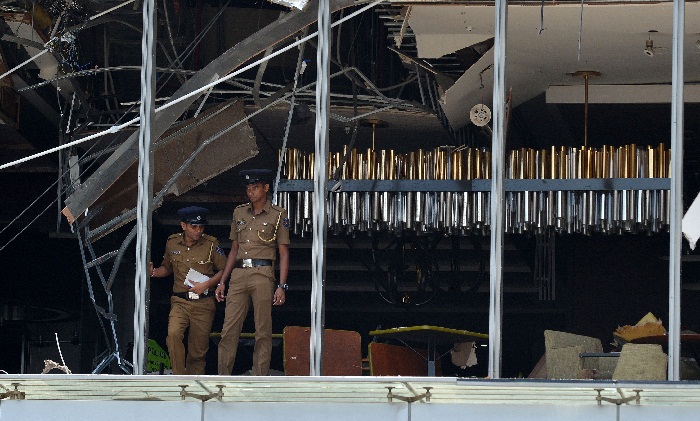 Sri Lankan authorities on Friday sent back eleven Bangladeshi nationals in the wake of the April 21 blasts.

They used to work at a copper factory owned by Inshaf Ibrahim, the man involved in the Shangri-La hotel bombing in Colombo.

Sri Lanka authorities sealed off the copper factory and sent back all the workers of it including the 11 Bangladeshis to their respective countries.

Counter Terrorism and Transnational Crime (CTTC) unit Chief Monirul Islam confirmed it to the media, while talking to reporters at his office on Saturday.

Monirul Islam said, “These 11 Bangladeshis, who went to Sri Lanka with tourist visa, had no work permit and were staying in the country illegally”.

All of them, mostly from Tangail, were involved in a low-profile job at the factory.

The workers landed at Hazrat Shahjalal International Airport in Dhaka around 11:30am Friday.

"No criminal records have been found yet against these 11 Bangladeshi workers. However, further inquiry is still underway,” Monirul said.

“They went to Sri Lanka for the sake of their livelihood,” he added.

According to Reuters, Inshaf Ibrahim, 33, the owner of the factory, detonated his explosive device at the busy breakfast buffet of the luxury Shangri-La hotel.