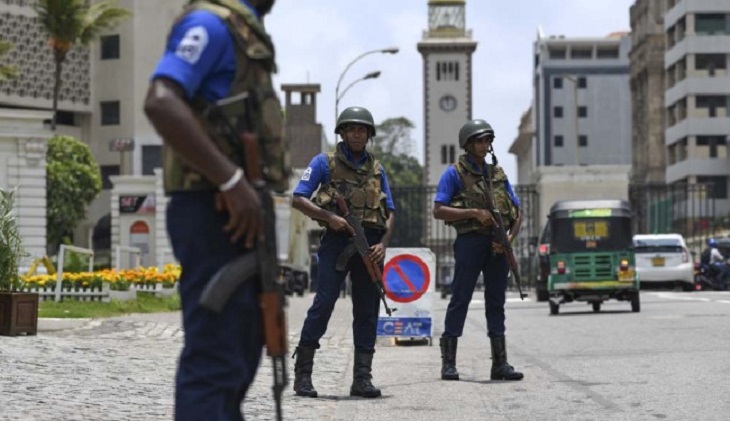 Police said they found an IS flag and uniforms similar to those worn by the eight fighters for the film before they launched Sunday's attacks against three luxury hotels and three churches, killing 253.

During a separate search, security forces and military came under fire however there were no reports of injuries, police said.

"We have found the backdrop the group used to record their video," the police said in a statement.

The IS had released the video two days after the attack.

Police showed the clothing and the flag on national television, as well as some 150 sticks of dynamite and about 100,000 ball bearings seized from the house.

The discovery in the town of Sammanthurai, 370 kilometres (231 miles) east of Colombo, came as police and security forces continued search operations for Islamic extremists responsible for the Easter bombings.

There were also reports of minor explosions at another location in the same area but officials said there were no immediate reports of casualties.