Priyanka Chopra is already in the wedding mode 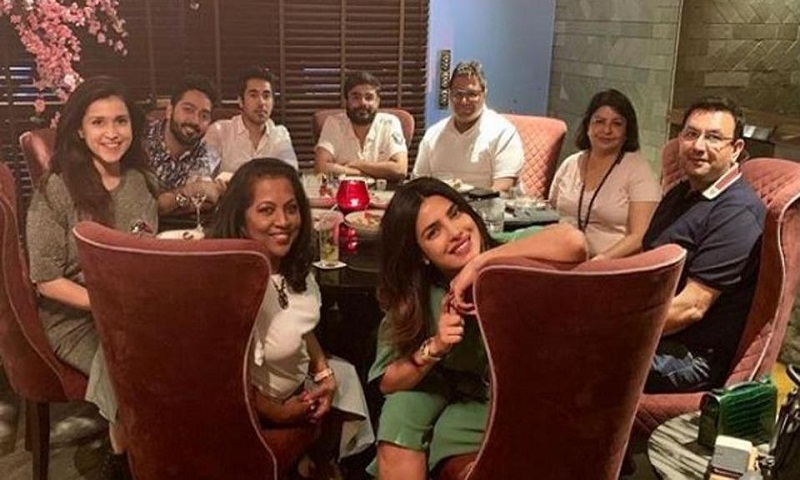 Actor Priyanka Chopra is in Mumbai these days for the wedding of her younger brother Siddharth Chopra. On Thursday, she shared a fresh picture from a family dinner. The picture shows her family members including her brother, mother Dr Madhu Chopra, uncles, aunts and cousins.

Priyanka looks pretty and relaxed in a green dress and green shoes in the picture. Sharing the picture, Priyanka wrote: “Mumbai diaries.” Among those who reacted to the photo was her father-in-law Kevin Jonas Sr. He wrote in the comments: “Love to our family”.

The actor has completed shooting for her upcoming film, The Sky is Pink, with Farhan Akhtar and Dangal’s Zaira Wasim. Priyanka will begin work on another project soon in which she will collaborate with Hollywood star Mindy Kaling. The film is reportedly based on big fat Indian weddings. For the moment, the actor is busy bonding with her family in India, reports HT.

On Thursday, her cousin, actor Parineeti Chopra put up a picture with Priyanka and their new pup, who has been named Bailey Chopra. In the picture, a smiling Priyanka holds the pup in her arms as she poses with a beaming Parineeti next to her. Sharing the picture, Parineeti wrote: “Meet #BaileyChopra! And like in any other punjabi family - I (his aunt) named him!! Hahaha”