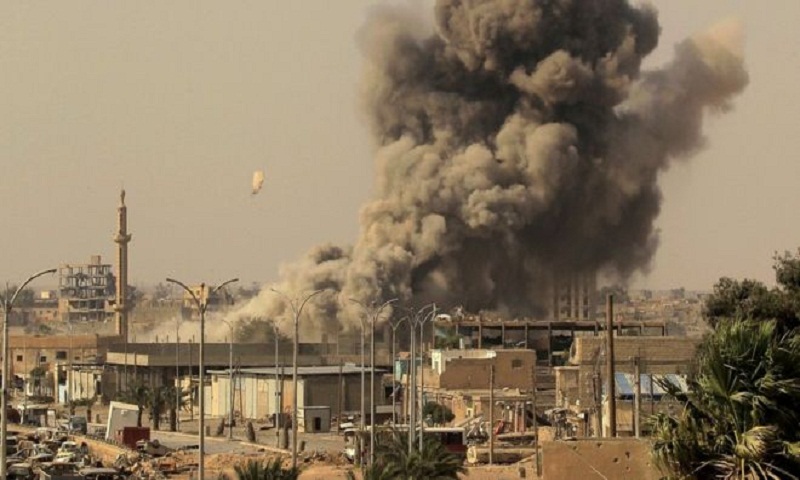 More than 1,600 civilians were killed in US-led coalition air and artillery strikes during the offensive to oust the Islamic State group from the Syrian city of Raqqa in 2017, activists say.

Amnesty International and monitoring group Airwars said they had carried out investigations at 200 strike locations and identified 1,000 of the victims.

They urged the coalition to "end almost two years of denial" about such deaths.

The coalition says there were 180 civilian casualties in its campaign.

Commanders say all feasible precautions to avoid civilian casualties were taken in those cases and that the decisions to strike complied with the law of armed conflict.

Coalition states - including the US, UK and France - have conducted 34,000 strikes in Syria and neighbouring Iraq since 2014, when IS militants overran large swathes of the two countries and imposed their brutal rule on almost eight million people.

Last month, the coalition-backed Syrian Democratic Forces alliance captured the last pocket of land held by the jihadists, bringing a formal end to their self-proclaimed "caliphate", whose de facto capital was Raqqa.

Amnesty and Airwars said that following an unprecedented investigation they had been able to build a database of the civilians reportedly killed as a direct result of US, UK and French air strikes and US artillery strikes carried out in Raqqa from June to October 2017 in support of a ground offensive by the SDF.