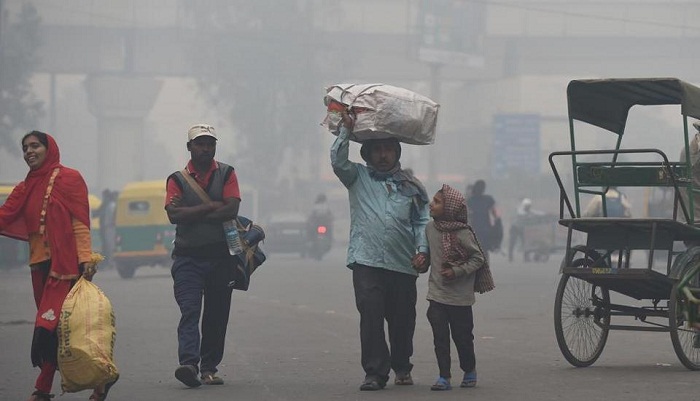 The Indian economy is 31% smaller than it should have been and the culprit is global warming, according to a study by Stanford researchers published in the Proceedings of the National Academy of Sciences (PNAS) on Monday.

“A few of the largest economies are near the perfect temperature for economic output. Global warming hasn’t pushed them off the top of the hill, and in many cases, it has pushed them toward it. But a large amount of warming in future will push them further and further from the temperature optimum,” said co-author of the study, Marshall Burke, who teaches earth system sciences at Stanford University, in a statement.

The study uses more than 20 published climate models to determine how much each country has warmed as a result of human activities and what their economic output would have been had the temperature not risen. Using annual temperature and GDP data over 50 years for 165 countries, the study showed that during warmer than average years, growth accelerated in cool nations and slowed in warm nations.

“For cooler countries such as Norway, warming moves the country-mean temperature closer to the empirical optimum, resulting in cumulative economic benefits. In contrast, for warm countries such as India, warming moves the country-mean temperature further from the optimum, resulting in cumulative losses,” the study found.

Not all experts are convinced.

“Can we attribute the changes in the economy over the last 50 years only to climate change? What about globalization, telecom revolution, industry 4.0 — that has had a massive impact on economies the world over? How can their impact be isolated?, “ asked Leena Shrivastava, vice chancellor of TERI School of Advanced Studies.

Nor will the study work as a way to convince deniers of the impact of climate change, she added. “When it comes to the impact of such a study on climate change dialogue, the impact is not much. For a long time, we have been able to show the contributions of the developed countries towards the cumulative carbon emissions — if that did not convince them, this won’t. ”

“This is on par with the decline in economic output seen in the US during the Great Depression. It’s a huge loss compared to where these countries would have been otherwise. Our study makes the first accounting of exactly how much each country has been impacted economically by global warming, relative to its historical greenhouse gas contributions,” the lead author of the study, Noah Diffenbaugh, said in a statement.

“We all know about climate change and its impact. However, I am uncomfortable in stating that some countries benefitted because of it for two reasons. One, it is extremely difficult to quantify loss by climate change in terms of economics. Two, what about natural disasters? Even the developed countries are facing adverse weather events associated with climate change. The difference is the richer nations are better able to cope with the associated loss and damages than the poorer counties,” said NH Ravindranath, professor at Centre for Sustainable Technologies at Indian Institute of Science, Bangalore.