12 special trains to be added ahead of Eid 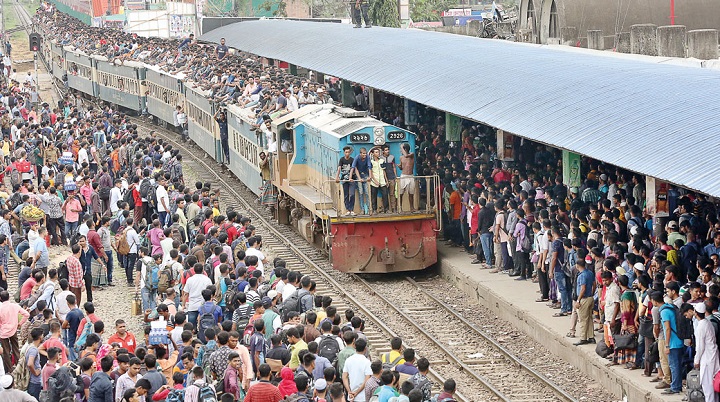 Twelve special trains along-side 33 intercity trains will operate from Dhaka to other districts of the country to ease travels ahead of Eid, the Bangladesh Railway (BR) has announced.

Moreover, extra 138 passenger bogis will be added with the existing regular trains.

Advance train tickets for upcoming Eid-ul-Fitr for travelling from Dhaka will be available at six spots – five in the capital and one in Gazipur.

The six spots are Dhaka University, Fulbaria, Mirpur, Kamalapur Railway Station, and Airport Railway Station in the capital, and Joydepur in Gazipur.

Besides, a new mobile app will be introduced on April 28 to sell train tickets from Kamalapur Railway Station. 50% tickets will be sold through the app while the rest from counters.