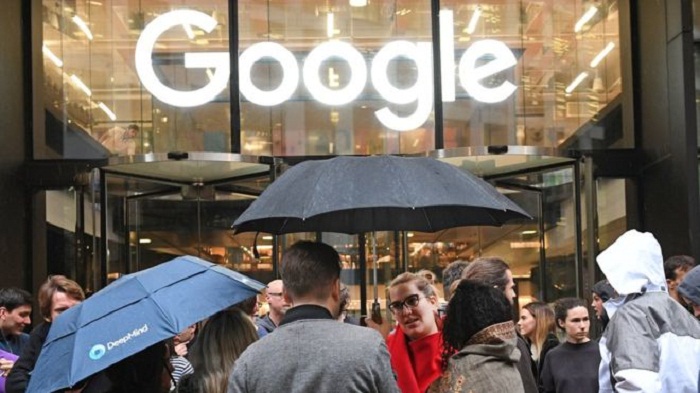 In November, 20,000 employees walked out of their offices demanding several key changes in how sexual misconduct allegations were dealt with at Google.

Now, in an internal email published by Wired, two of the employee activists behind the protest accuse Google of retaliating against several organisers.

Google denies retaliating in any way.

Employee activist Claire Stapleton, said she had been demoted from her position as marketing manager since the protests.

"My manager started ignoring me, my work was given to other people, and I was told to go on medical leave, even though I'm not sick," she wrote.

"Only after I hired a lawyer and had her contact Google did management conduct an investigation and walked back my demotion, at least on paper.

"While my work has been restored, the environment remains hostile and I consider quitting nearly every day."

Meredith Whittaker, who co-signed the email, said her role had also been "changed dramatically".

In a separate controversy at the tech company, Google set up an external AI ethics council this spring and invited Kay Cole James to sit on the panel.

Ms James is the president of the Heritage Foundation, a conservative think tank, and an outspoken opponent of equal-rights laws for LGBT people.

More than 2,000 employees signed a statement in protest and Ms Whittaker tweeted publicly that Google's inclusion of Ms James was "appalling".

Google decided to scrap the council just one week after launching it.

Shortly afterwards, Ms Whittaker writes in the email, she was told that "to remain at" Google she would have to give up her role on the AI Now Institute, a research centre at New York University that she co-founded, and "abandon" her work on AI ethics.

Their email adds: "Our stories aren't the only ones. Google has a culture of retaliation, which too often works to silence women, people of colour, and gender minorities.

"If we want to stop discrimination, harassment, and unethical decision-making, we need to end retaliation against the people who speak honestly about these problems."

A Google representative said: "We prohibit retaliation in the workplace and investigate all allegations."

"Employees and teams are regularly and commonly given new assignments, or reorganised, to keep pace with evolving business needs.

"There has been no retaliation here."