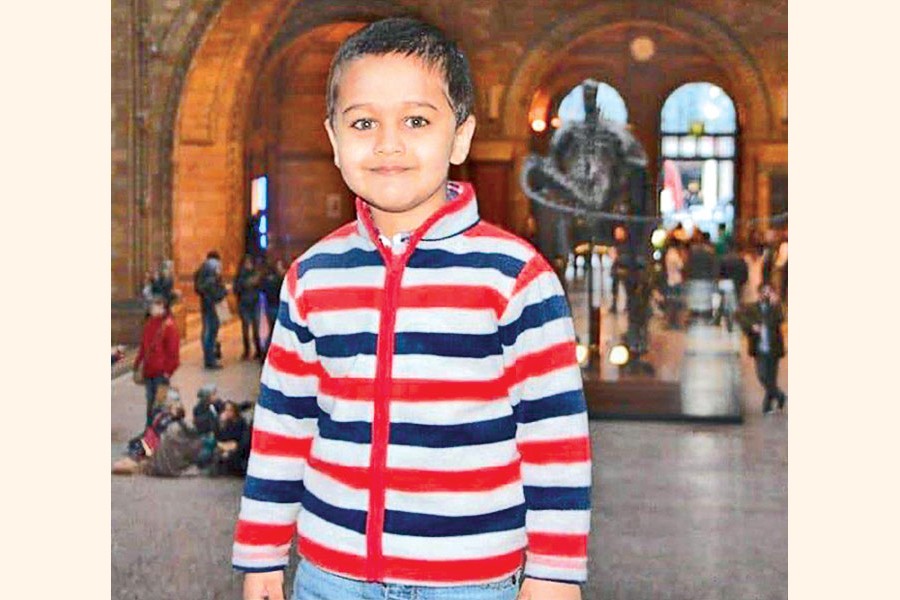 The mortal remains of Zayan Chowdhary, the grandson of Awami League leader Sheikh Fazlul Karim Selim, who was killed in a bomb attack in Sri Lanka on Sunday, has been brought back to Dhaka.

A flight of Sri Lankan Airlines carrying the body of Zayan, 8, arrived at the Hazrat Shahjalal International Airport in the capital at 12.45 pm on Wednesday.

Zayan, son of Moshiul Haque Chowdhary, will be buried at the Banani graveyard following his namaz-e-janaza at Banani Chairmanbari ground after Asr prayer.

However, physical condition of Moshiul Haque Chowdhary has improved slightly, but he is not out of danger, Sheikh Selim, Moshiul’s father-in-law, said while visiting the place of Zayan’s namaz-e-janaza at Banani here.

Moshiul is now undergoing treatment at ICU of a hospital in Sri Lanka, he said, adding that he (Moshiul) is under observation for the next 72 hours.

At least 321 people were killed and around 500 injured in bomb blasts that ripped through churches and luxury hotels in the Sri Lankan capital on Easter Sunday, the first major attack on the Indian Ocean island since the end of a civil war 10 years ago.