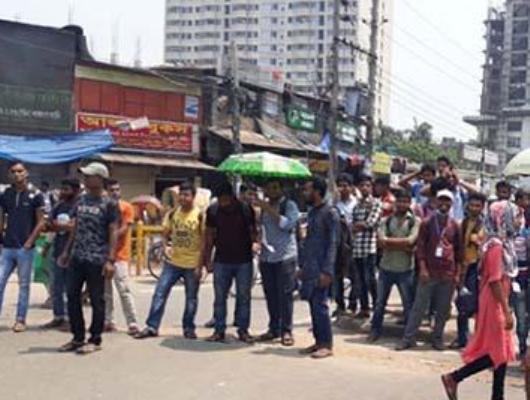 The students of seven colleges affiliated with Dhaka University have blocked Nilkhet intersection of the capital demanding realisation of their 5-point demand.

According to witnesses, they (students) formed a human chain in front of Dhaka College at 10:00 am. After the human chain, the learners brought out a procession at Nilkhet and blocked the intersection in a bid to realise their pre-declared 5-point demand.

Earlier on Monday, the students of seven colleges called for a movement to resolve different problems including session jam, errors in results and also placed their five-point demand.