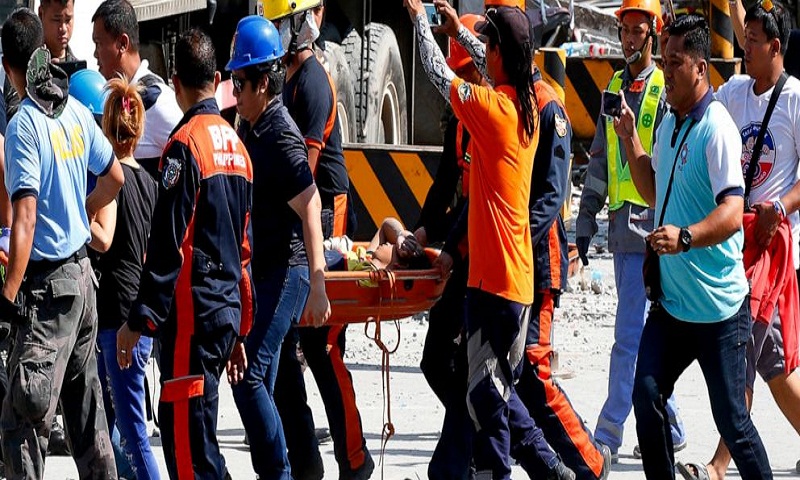 A new powerful earthquake hit the central Philippines on Tuesday, a day after 6.1 quake hit the country's north and killed at least 11 people.

The US Geological Survey put the magnitude of Tuesday's quake at 6.3, while the local seismology agency said it was a 6.2. The quake was centered near Eastern Samar province and prompted residents to dash out of houses and office workers to scamper to safety.

There were no immediate reports of casualties or major damage from the new quake.

Rescuers worked overnight to recover bodies in the rubble of a supermarket that crashed down in Monday's quake, which damaged other buildings and an airport in the northern Philippines.

The bodies of four victims were pulled from Chuzon Supermarket and three other villagers died due to collapsed house walls, said Mayor Condralito dela Cruz of Porac town in Pampanga province, north of Manila.