Andrew Kishore lends voice to Farid’s music for May Day 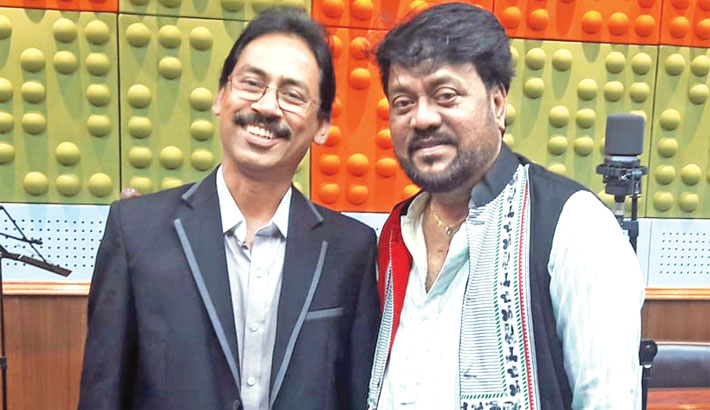 National Film Award winning playback singer Andrew Kishore has lent his vocal to a new song on the occasion of May Day. A lyric of the song is ‘Shorir Ta Engine, Khoye Jai Din Din, Rickshaw Chalai Ami Rickshaw Chalai’.

The music arrangement done by renowned music director Farid Ahmed and lyrics penned down by Mohammed Rafiquzzaman. In the meantime, the recording of the song has been completed.

Talking about the song Music director Farid Ahmed said, “Lyrics of this song is tremendous, I must say. Rafiq bhai has portrayed a Rickshawala’s life and struggle by this song. For the first time Andrew Da has sang a rock style song under my music. This song became more soulful by his singing. I am hopeful that the audience will like it.”

About his rendition, Andrew Kishore said, “Farid always do his work with lots of care. This time he has done the song with more care. Because, this song has made for a special day. The lyrics and tune was really unique. I can say that the song is really good.”

This song will be released on 1st May on the occasion of the May Day.

To note, last September Andrew Kishore sang for the film ‘Odhikar’ under the music direction of Farid Ahmed.