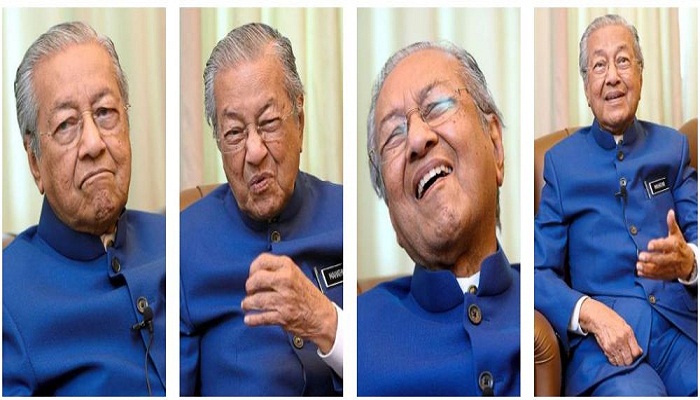 Prime Minister Tun Dr Mahathir Mohamad admitted that some of the promises in the election manifesto – such as the abolition of toll – as something that could not be done in the immediate term without the government stretching its finances.

However, he views it as a significant achievement that the government has managed to steer the country through what he thinks as a difficult period without causing too much disruption to the people’s lives.

“(That) we can work as a good coalition government is an achievement. The Cabinet has been very supportive, I must say, that when there is a difference among the ministers, they go according to my views as they want to be seen as united.

“For example, I suggested there should be a vote as there are two differing opinions in the Cabinet – they said “no vote”. I said if no vote, how do we decide which one? They said, we go according to what you say.

“So, there is quite a good loyalty (to the Prime Minister),” said Dr Mahathir in a special interview with The Star.

He is also pleased that the country’s economy is still growing by over 4%, which to him, is an achievement “despite the fact that we have to deal with the big problems”.

Asked if the country was still on track according to his plans one year on after May 9, Dr Mahathir said: “I would like to say we should go faster. We should be able to go faster but there are so many constraints when we are dealing with finances.”

He said he had also met American businessmen, who had put in billions of dollars during the period that the Pakatan government had taken over.

“In the nine months, they have invested billions in Malaysia. I think there are other investments coming in. Maybe processing the investment proposal is a bit slow.

“We are doing quite a lot – we have a lot of investments coming in. The confidence in the country has returned,” he said.

Speaking to The Star on how the East Coast Rail Link (ECRL) is on track again after 11 months of reworking the financial deal with China and how the government has tackled the financial fiasco in Tabung Haji as well as Felda – problems he said were from the previous administration – he said they had to be careful about the country’s ratings.

“For example, when we allocate RM6bil to rescue Felda, the rating agencies say we are going to suffer from deficit in the government finances. We have to be careful in what we do and even in what we say,” he said.

To a question on what kind of Malaysia he would like to leave as a legacy, he said its economic performance should be akin to the years when he was first Prime Minister.

“The country has obviously and physically grown. You see people moving into new areas of business because things are going to change and your response must be quick.

“Nowadays, you talk about artificial intelligence and blockchain. You have to know something about that, for the man in my position, to resolve this problem or to apply this technology.

“You have to read also. I don’t have much time to read but I do read to keep myself updated with the latest technologies,” said Dr Mahathir.