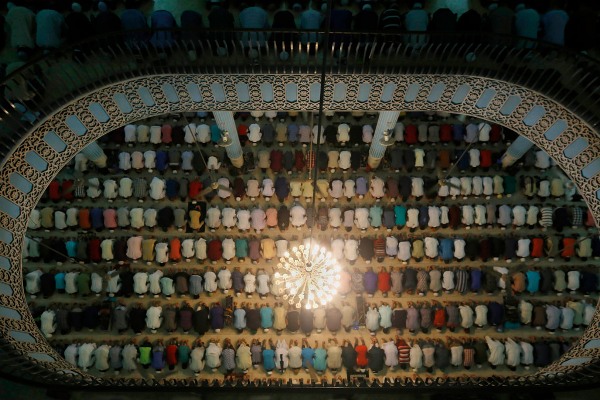 The holy Shab-e-Barat, known as the night of fortune, was observed across the country last night (Sunday night) with due religious fervour and devotion.

The Muslim devotees spent the night at mosques and homes offering prayers, reciting from the holy Quran and seeking blessings to Allah for long life, peace, progress and happiness for themselves, their families, relatives and friends as well as the nation and the Muslim Ummah.

President Abdul Hamid and Prime Minister Sheikh Hasina greeted all Muslims of Bangladesh and elsewhere across the world on the occasion of the holy night.

In separate messages, they prayed for peace, progress and prosperity of the nation as well as the Muslim Ummah of the whole world.

Muslims consider Shab-e-Barat as one of the three most sacred nights and believe that on this night, the Almighty Allah decides the fate of all human beings fixing their ‘rizq’ (livelihood) for the next year.

The devotees across the country visited graves and prayed for their beloved ones seeking their eternal peace. Many also visited mazars and shrines of saints all over the country.

Many families prepared traditional foods like handmade rice-bread with beef and halua (a kind of desert made usually from semolina, carrot, chickpea or papaya) both at rural and urban areas across the country on the occasion.

They distributed the food and sweets among the neighbours and the poor. Apart from food items, people also gave money to the destitute on the occasion. A good number of Muslims is fasting today (Monday) to mark the day.

Today is a public holiday for the Shab-e-Barat.