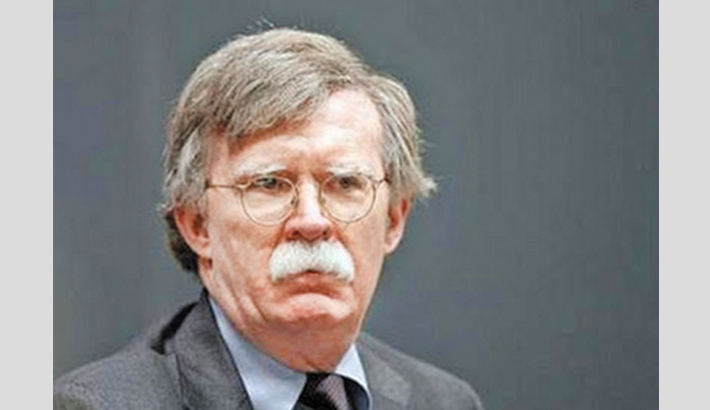 SEOUL: A senior North Korean official slammed US National Security Advisor John Bolton on Saturday, accusing him of making “stupid” comments on stalled denuclearisation talks and warning “nothing good” would come of them, reports AFP.

Bolton is the second, top ranking US politician to be criticised by Pyongyang in recent days, after it labelled Secretary of State Mike Pompeo as “reckless” Thursday, demanding his removal from talks over the North’s banned nuclear programme.

Those comments came hours after the isolated state claimed to have tested a new kind of weapon.

Pyongyang and Washington have been at loggerheads since the collapse of a summit between Kim Jong Un and Donald Trump earlier this year.

In an interview with Bloomberg published Wednesday, Bolton urged Pyongyang to give a “real indication” it is willing give up nuclear weapons.

In comments cited by North Korea’s official KCNA news service, Vice Foreign Minister Choe Son Hui said Bolton’s remarks may have showed a “lack of understanding about the intentions of the two leaders”.

Meanwhile, US authorities have arrested a former marine in connection with a mysterious February raid on North Korea’s embassy in Spain during which masked assailants roughed-up staff and stole computers, the Washington Post reported Saturday, reports AFP.

Citing two sources familiar with the case, the Post said federal authorities arrested Christopher Ahn, a former US Marine and member of a group dedicated to the overthrow of North Korean leader Kim Jong Un.