Protect rivers to save bio-diversity 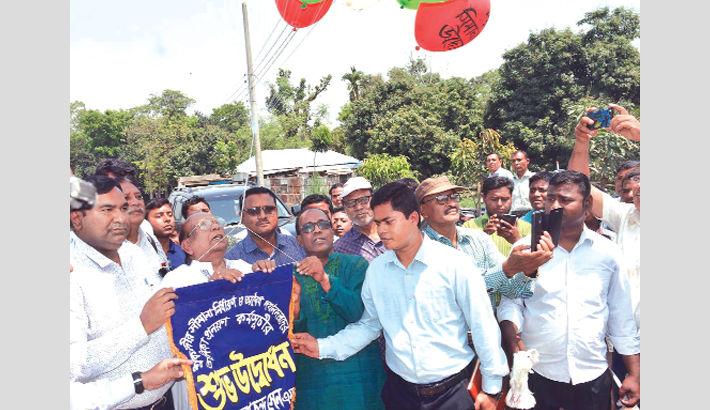 Chairman of Parliamentary Standing Committee on Water Resources Ministry Ramesh Chandra Sen, along with others, inaugurates the demarcation work of the Shuk River by releasing balloons in Thakurgaon on Saturday. — SUN PHOTO

RANGPUR: Chairman of the Parliamentary Standing Committee on Ministry of Water Resources Ramesh Chandra Sen, MP, on Saturday urged all concerned to make sincere efforts to protect the rivers, environment and nature.

Ramesh Sen said this while inaugurating boundary fixation works of the Shuk River and along with making a list of illegal land grabbers across the river at Sadar Upazila of Thakurgaon district.

“River must be protected to save environment, nature and ecology as well as conserving our beautiful bio-diversity,” he said on the occasion held at Shimultoli point of the Shuk River.

Pointing out the projects taken by the present government for river protection Ramesh Sen said Sen said it is the responsibility of all of us to keep the river free from pollution and take care of the environment and bio-diversity.