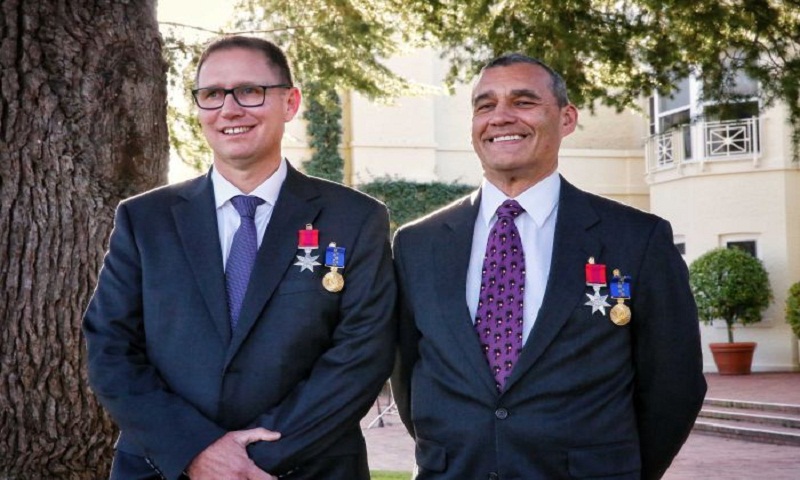 Two Australian doctors in Thailand to receive royal honors for helping rescue a boys soccer team from a flooded cave say they are looking forward to a reunion with the people they helped save.

Richard Harris and Craig Challen were given the award at a ceremony Friday presided over by Thai Prime Minister Prayuth Chan-ocha. Four Australian officials involved with the rescue effort were also honored.

They said before the award ceremony they were looking forward to going to the northern province Monday to see how the boys are faring.