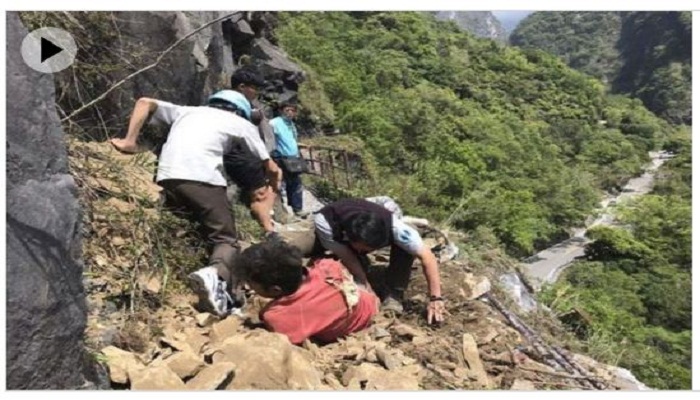 The Malaysian who was severely injured in the Hualien county earthquake in Taiwan has regained consciousness but remains in critical condition.

Choo, 40, sustained injuries when he was hit by falling rocks during the magnitude 6.1 earthquake on Thursday (April 18).

Chen reportedly told a media conference in Taiwan that Choo had suffered a collapsed lung, rib fracture and blood accumulation in the pleural cavity (the space between the visceral and parietal pleurae of the lung).

Chen said although Choo's condition remained critical, he was optimistic that his condition would improve.

Choo was at the Taroko National Park in Hualien, about 160km to the south of Taipei, when the county was shaken by a strong earthquake.