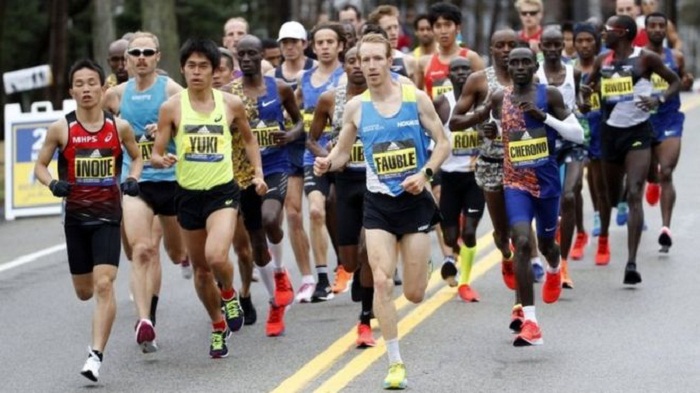 One participant gave his bib to someone else while the other two used forged certificates to gain entry.

The Chinese Athletic Association (CAA) has vowed to root out cheats to avoid giving the country a bad name.

More than 500 Chinese runners took part in the marathon in Boston.

With the increase in popularity there have been numerous cases of cheating, such as people taking shortcuts and one woman jumping on a bike to complete a portion of a race in China.

The CAA said it banned the trio from all future races because they had a "negative impact" on China in the international community.

The Xinhua news agency said the sporting association would continue to crack down on all kinds of cheats in marathons "in order to build a healthy and clean environment of road running in China".