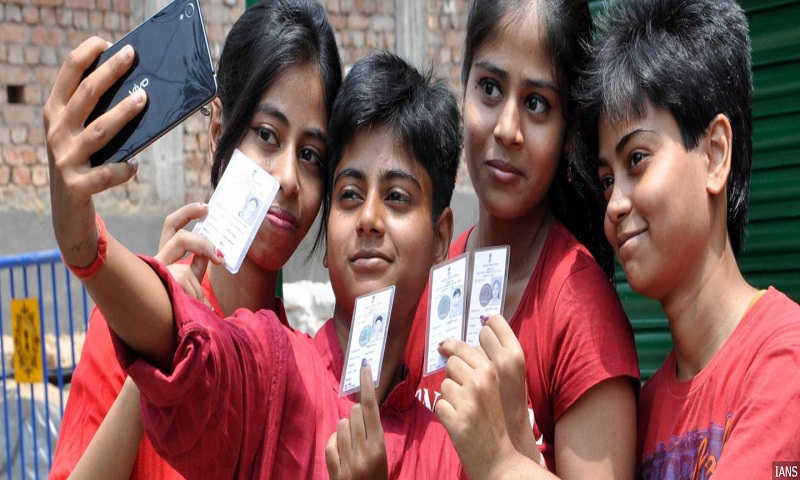 Young Indians could play a crucial role in the ongoing general election in the worlds largest democracy.

With nearly two-thirds of Indias population below 35, and more than 15 million first-time voters aged 18 and 19, young men and women have the power to swing the national vote in any direction.

Ambitious, aspirational and impatient for change, young voters — at least in Indias capital — are less focused on issues such as caste and religion than older generations, according to interviews with The Associated Press.

They are interested, instead, on landing jobs after college, living in cleaner cities with breathable air, increasing womens safety and competing with the worlds biggest economies.

Current Prime Minister Narendra Modi seems to be the favorite, riding a wave of Hindu nationalism that peaked after Indias air force attacked an alleged militant base in Pakistan to avenge a suicide attack on an Indian security convoy that killed more than 40 soldiers in disputed Kashmir.

His main opponent, Congress partys Rahul Gandhi, hopes to revive the glory of Indias grand old party that ruled the country for more than 50 years, since independence from British colonial rule in 1947.

Here are some of the views of young voters in New Delhi:

Unemployment is very high in India currently. India has a lot of engineers who havent been able to develop their skills because there arent enough jobs for them in India.

Narendra Modi has provided a lot of facilities for the poor people of this country. In my home state of Uttar Pradesh, villages that were rarely lit now have electricity. Where food used to be cooked on firewood, he has given gas cylinders.

India is now a very secure nation in the last five years. When Pakistan attacked us, Narendra Modi gave them a jaw-breaking reply.

I am looking out for an issue that no government is actually talking about, that is pollution. I have been in Delhi for my entire life and my lungs are gone without ever smoking. So I might just die of lung cancer without touching a cigarette even once. Nobody is talking about pollution.

No left and no right can actually run a secular and democratic nation that is multilingual and multicultural in nature. It cannot be done with a single ideology.

Nowadays, whoever comes into power is busy serving their own interests. Who is looking out for us? Nobody. They are only looking at filling their own pockets. What has happened? Every day we hear about fighting. One party blames the other for corruption, the other blames them back for corruption. There is no solution.

For me the biggest issue is job opportunities. Whichever party creates more jobs for the new industries will get my vote because I will have to start looking for jobs very soon.

I dont care much about parties, but there is just one clear candidate for victory and that is Narendra Modi. I dont think we have a better option to lead the country.

I havent seen any other strong candidate. I dont trust Rahul Gandhi yet. Maybe my views about him will change in the future, but not right now.

Whichever government comes to power, the first thing they should do is to look after the poor because the rate of poverty is very high in India. No doubt, we now have digital India, we have everything online, but do something for the poor people also.

India is still not on top. We dont have basic facilities. If you go to a government hospital, you have to stand in long lines. You can only go in after waiting and filling forms. A lot of our police officers and other officers are corrupt. There is a lot of corruption in India.

Womens safety is the major issue for me. People are talking a lot about it and there are slogans like Save girl child, educate girl child, being launched, but I dont think these concepts are applied to the roots with practicality. I have been to the villages and seen how girls are treated. They are not even educated and if they do go to school, they are forced to marry right after completing grade 12.

Modi has done a lot definitely to help us establish ourselves globally and even in the U.N. By him visiting different countries we are getting recognition there. And they are coming up with some impressive projects to start in India, which has happened because of Modi. So, I think we have really progressed.

The biggest issue in Delhi is girls safety, which is still not 100.

Girls should feel safe leaving their homes and going out at whatever time of the night.

I dont think Rahul Gandhi is the best option. I too am in support of Narendra Modi. I think he has the potential to take India to those heights.

The issues that should be important arent even being discussed. We dont see or hear about them. The issue should be education and increasing the level of education. Employment should be an issue. And they are working toward that, but it is not considered an important issue. Currently, the state of politics is so lowly in India that people are just busy in pointing fingers and avoiding key issues.

At present only Narendra Modi is fit to run this country because they have done a tremendous amount of work in the last five years. The Modi government is taking the country forward. At least, that is what I hear.