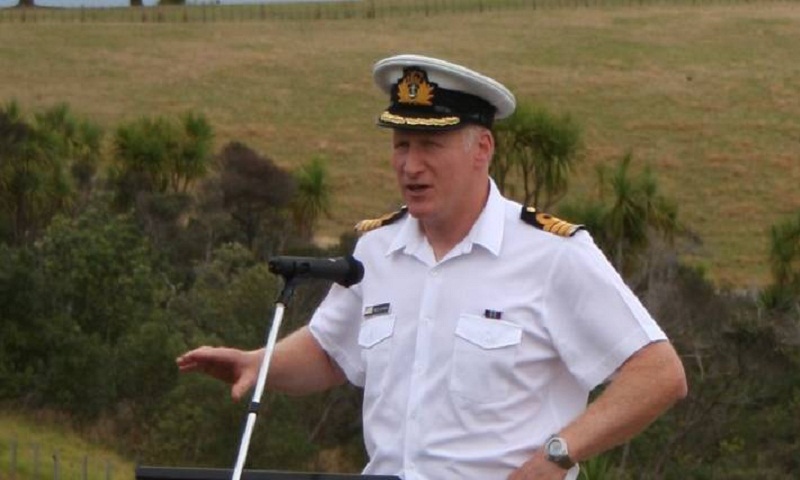 A naval commodore who served as New Zealands senior military attache to the United States was found guilty Thursday of planting a hidden camera in a bathroom at the embassy in Washington.

A jury in the Auckland District Court deliberated for 4 1/2 hours before finding 59-year-old Commodore Alfred Harold Keating guilty on a charge of attempting to make an intimate visual recording. He will be sentenced on June 25 and faces the possibility of up to three years in prison.

In his summation, Judge Robert Ronayne told the jury there was no dispute that a Brickhouse Security camera was hidden in the embassy bathroom and was found there on July 27, 2017. Ronayne said it was the task of the jury to decide whether the totality of the evidence meant they could be sure it was Keating who planted the camera. He told the jury everyone is equal before the law regardless of their rank or status.

Crown prosecutor Henry Steele, in his final address to the jury, said Keating was an absurdly unlucky man if he was innocent of the charge.

The jury heard from witnesses that a DNA profile found on the cameras card was 10,000 million times more likely to be Keatings than any random New Zealander.

Keatings personal laptop had at one time been connected to a Brickhouse Security camera and he had made Google searches about how to set up and position the camera.