EU proposes tariffs on £15bn of US products in Boeing row 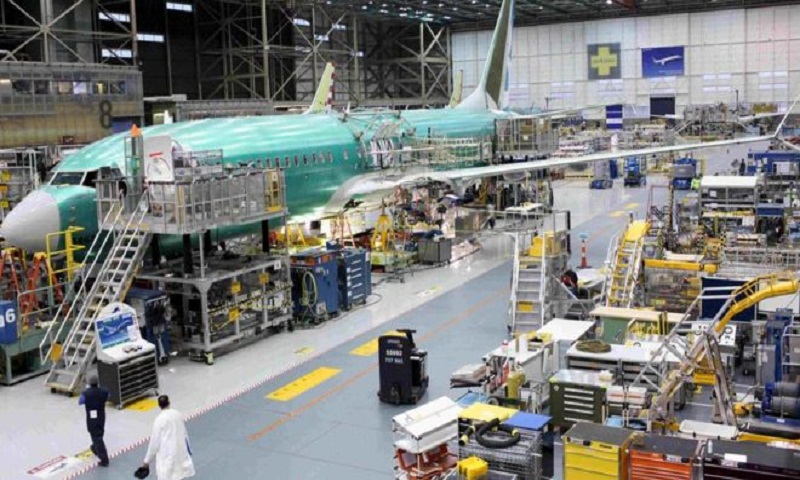 The EU has proposed tariffs on $20bn (£15bn) of US goods in a long-running dispute over Boeing aircraft subsidies.

The proposal comes after the WTO said earlier this month that the US had failed to remove some Boeing subsidies.

The EU move comes after the US said it was considering tariffs on about $11bn (£8.4bn) worth of EU goods in response to Airbus subsidies.

And it comes after the EU approved plans in April for trade talks with the US designed to reduce trade barriers.

The proposed tariffs cover a range of products from aircraft to chemicals and food products including frozen fish, citrus fruit, and ketchup.

The US and the EU have been battling for almost 15 years at the World Trade Organization over subsidies given to US planemaker Boeing and its European rival Airbus.

After partial victories for both sides, each is asking a WTO arbitrator to determine the level of countermeasures they can impose on the other.

The Trump administration last week proposed targeting a seven-page list of EU products for tariffs, ranging from large aircraft to dairy products and wine, to counteract the harm from EU subsidies for Airbus that are worth an estimated $11bn.

The EU has responded with its own 11-page list of US imports, including agricultural produce and dried fruit, to planes, tobacco, handbags, suitcases, tractors, helicopters and video game consoles.

The published list will now be open to consultation until 31 May and could then be revised.

"The EU remains open for discussions with the US, provided these are without preconditions and aim at a fair outcome," Ms Malmström said.

In both cases, WTO arbitrators have yet to set an amount, but the US case against Airbus is more advanced, with a ruling possible in June or July. The EU case against Boeing could come early in 2020.

Both sides have said they would prefer a settlement that did not lead to tariffs being imposed.

Meanwhile, the EU has said it is ready to start formal trade talks with the US.

The Commission is set to start two sets of negotiations - one to cut tariffs on industrial goods, the other to make it easier for companies to show products meet EU or US standards.

But the EU has insisted that agriculture will not be included, putting it at odds with the US, which wants farm products to be part of the talks.