Child marriage attempt in Sirajganj: Fathers of would be couple fined 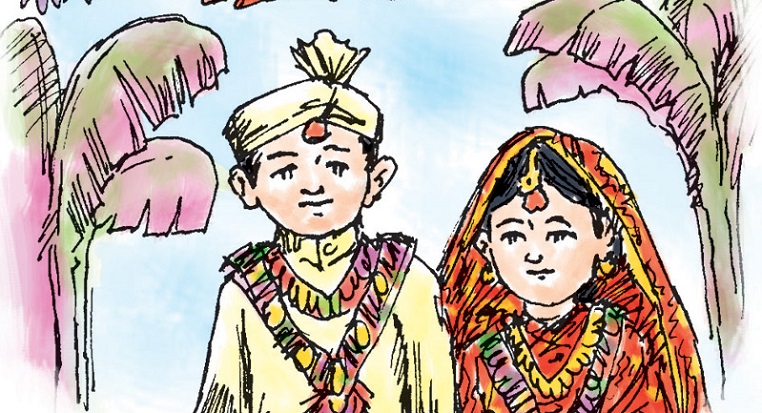 A mobile court fined fathers of bride and groom for attempting to their daughter and son get married in child age in Sirajganj on Tuesday.

The magistrate of the mobile court and Assistant Commissioner (Land) Md Anisur Rahman passed the order on Tuesday night.

The Magistrate, took a commitment for from the family members of both bride and groom that they would not let their daughter and son to get married before 18 years old.

AC (Land) Md. Anisur Rahman said that a marriage ceremony was supposed to held between Sharmin Khatun (15), daughter of Shahidul Islam, of Paschim Duttabari village in Ratankandi Union of Siajganj sadar, with Abu Talha (20) son of Abu Sayed of the same area.

Being informed, the mobile court rushed to the spot. Sensing the ensuing danger, the kazi fled away the scene immediately.

Later, the mobile court fined fathers of bride and groom Shahidul Islam and Abu sayed Tk 5,000 each, he said.