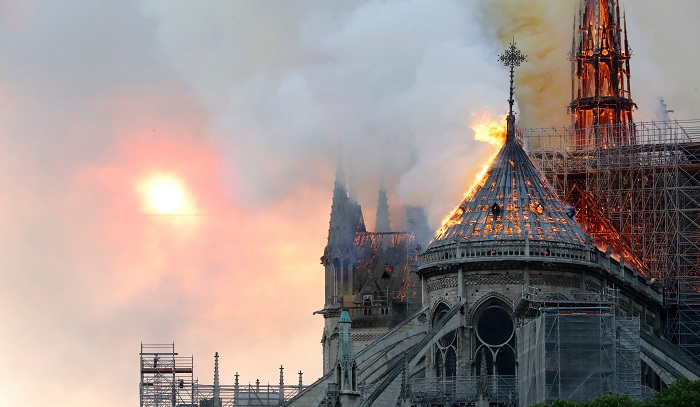 A fire has broken out at the famous Notre-Dame cathedral in Paris and has spread rapidly across the building.

The cause is not yet clear, but officials say that it could be linked to renovation work.

A major operation to tackle the blaze is under way at the 850-year-old Gothic building, but the cathedral's spire and roof have collapsed.

Last year, the Catholic Church in France appealed for funds to save the building, which was crumbling.

French President Emmanuel Macron, who is on his way to the scene, said his thoughts were with "all Catholics and all French people."

"Like all of my countrymen, I am sad tonight to see this part of us burn."

Macron has cancelled his planned speech to the nation following the fire, an Élysée Palace official said.

A spokesman for the cathedral said the whole structure was "burning".

"There will be nothing left," he said. "It remains to be seen whether the vault, which protects the cathedral, will be affected or not."

The blaze broke out on Monday afternoon and an area surrounding the building has been cleared. 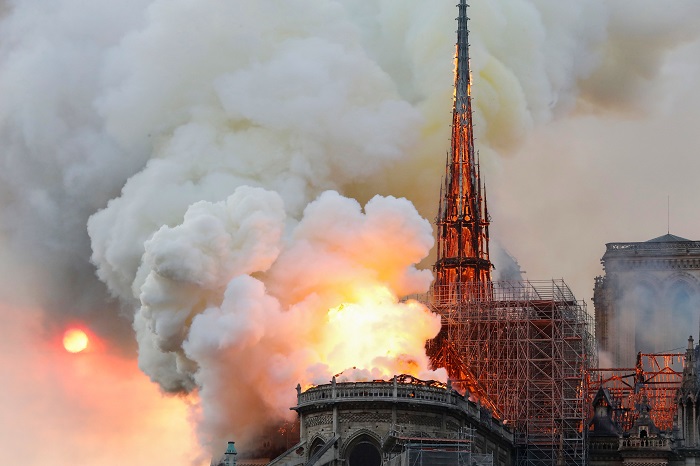 The mayor of Paris, Anne Hidalgo, who is already at the scene described it as a "terrible fire" and urged people to respect the boundaries set up by fire crews in order to ensure that they remain safe.

US President Donald Trump suggested "perhaps flying water tankers" could be used to extinguish the fire.

The Notre-Dame cathedral, which is visited by millions of people every year, is undergoing renovations after cracks began to appear in the stone, sparking fears the structure could become unstable.

The Paris prosecutor's office said it has opened an inquiry into the incident.