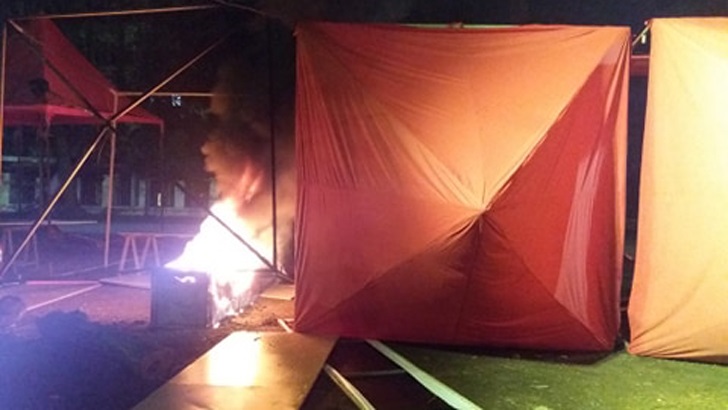 A group of miscreants on Friday night vandalised and set Boishakhi concert stage on fire at the Mall Chattar on Dhaka university campus.

This incident took place around 1:00am in the first hour of Saturday.

The miscreants also vandalised different stalls and sound system, that were prepared to mark the Pohela Boishakh, the first day of Bangla new year on April 14.

The miscreants have not been identified yet.

Rabbani, who is also the general secretary of Bangladesh Chhatra League (BCL) said, “It (vandalism) is totally unacceptable. We will take action against the culprits.”

Sanjit Chandra Das, president of (BCL) Dhaka University unit, said, “This incident is very unfortunate. We will unveil the faces of the miscreants. None can hamper the celebration of Pohela Boishakh.”

Sanjit Chandra Das also confirmed that the pre-scheduled concert will be held on due date.