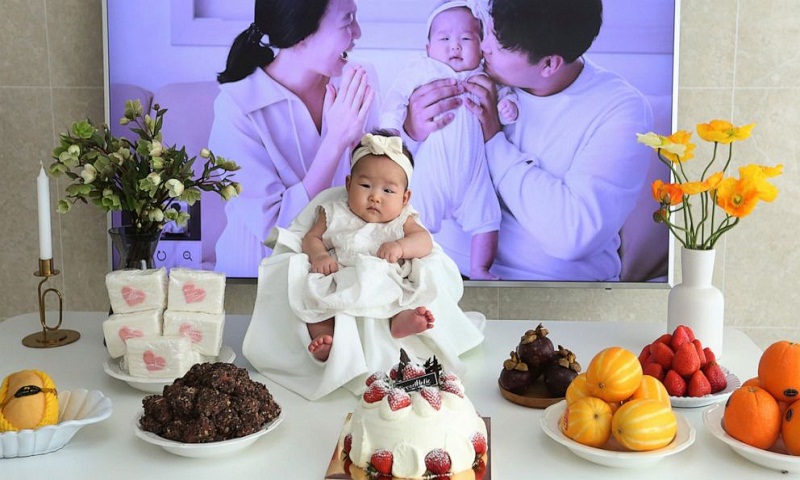 Just two hours after Lee Dong Kil's daughter was born on New Year's Eve, the clock struck midnight, 2019 was ushered in, and the infant became 2-years-old. She wasn't alone, though it happened for her quicker than most: Every baby born in South Korea last year became 2 on January 1, reports AP.

According to one of the world's most unusual age-calculating systems, South Korean babies become 1 on the day of their birth and then get an additional year tacked on when the calendar hits January 1. A lawmaker is working now to overturn the centuries-old tradition amid complaints that it's an anachronistic, time-wasting custom that drags down an otherwise ultramodern country.

For parents whose babies are born in December, it can be especially painful. One hour after his daughter's birth in the central city of Daejeon at 10 p.m. on Dec. 31 of last year, Lee posted the news on social media. His friends immediately showered him with congratulatory messages.

"An hour later, when the New Year began, they phoned me again to say congratulations for my baby becoming 2-years-old," said Lee, who is 32 internationally but 34 in South Korea. "I thought, 'Ah, right. She's now 2 years old, though it's been only two hours since she was born. What the heck!'"