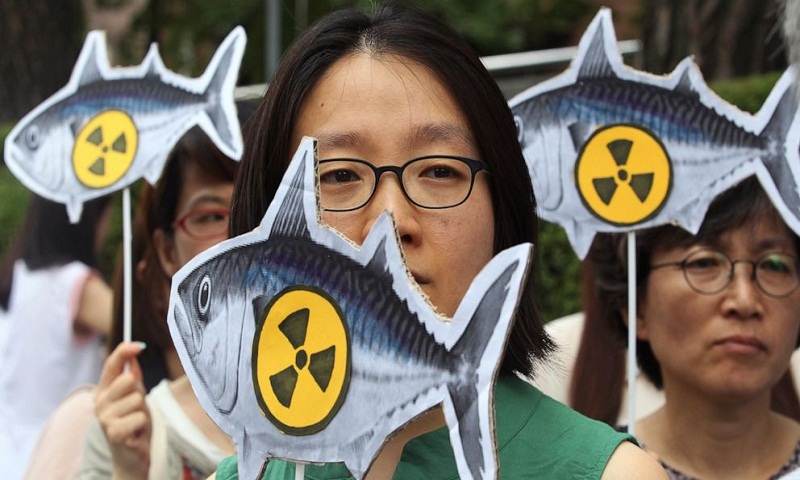 The World Trade Organization has upheld South Korea's import ban on Japanese seafood from areas affected by the 2011 nuclear disaster in Fukushima, overturning a ruling by a lower panel last year that said Seoul was unfairly discriminating against Japanese products.

The decision is a setback for Japan, which has promoted Fukushima's recovery from the nuclear disaster and the safety of its agricultural and fisheries products ahead of next year's Summer Olympics in Tokyo.

South Korea on Friday welcomed the decision and said it will continue to block all fishery products from Fukushima and seven neighboring prefectures to ensure "only foods that are confirmed as safe are put on the table."

Japan said the WTO ruling was "extremely regrettable" and vowed to get the import ban reversed through bilateral talks with South Korea, reports AP.

The Fukushima plant has now been significantly stabilized and radiation has come down to levels considered safe in most areas. Still, more than 20 countries and areas keep their import ban or restrictions on Japanese fisheries and agricultural products, although the number had come down from 54 soon after the disaster. The government of Prime Minister Shinzo Abe has pushed agricultural exports as a main part of its economic growth strategy.

South Korea's imports of Japanese seafood have declined significantly since the 2013 ban.