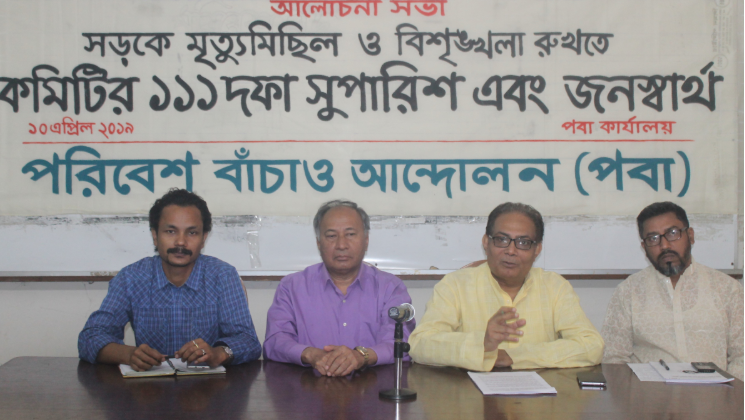 Speakers at a discussion here on Wednesday alleged that a strong syndicate is controlling the entire transport sector in the capital making it hard to restore discipline on roads.

They also opposed different expert proposals for bringing buses under five-six franchises as they think it will turn the syndicate of bus owners into a monster.

Poribesh Bachao Andolon (Poba) arranged the discussion on the transport sector at its Kalabgan office.

The speakers said though the government has taken various programmes to check road accidents and commuters’ sufferings, the situation is getting worse gradually for lack of a strong mass-transport management system and monitoring by the authorities concerned.

They also voiced their doubt about the implementation of 111 recommendations made by a committee formed by the government to restore discipline in the transport sector.

The speakers also observed that the number of motorcycles under different ride-sharing companies is growing in the city for lack of sufficient quality buses, contributing to a rise in transport fares of the commuters.

Under the circumstances, they suggested strengthening the transport management system, increasing the number quality buses, appointing bus drivers based on monthly salary system and a creating traffic planning and monitoring department to remove chaos in the sector and ease public sufferings.