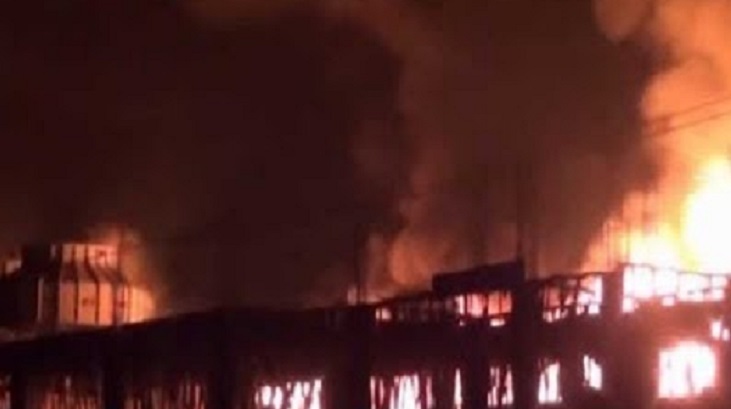 The fire that broke out at a spinning mill in Cumilla Export Processing Zone (EPZ) was brought under control after nine-hour frantic efforts Tuesday morning.

The fire broke out at RN Spinning Mill around 9:30pm and engulfed the whole factory including its warehouses, said Ratan Kumar Nath, assistant director of Cumilla Fire Service and Civil Defence.

According to fire service sources, 14 firefighting units from the EPZ, Chowara Bazar and Comilla fire stations rushed to the spot to douse the blaze.

The fire was brought under control around 6:00 am and was doused completely around 9:00 am, sources said.

Syed Nurul Islam, superintendent of Cumilla Police, said the fire broke out from factory's acrylic division and quickly spread throughout the factory.

However, no casualties were reported till filing the story.