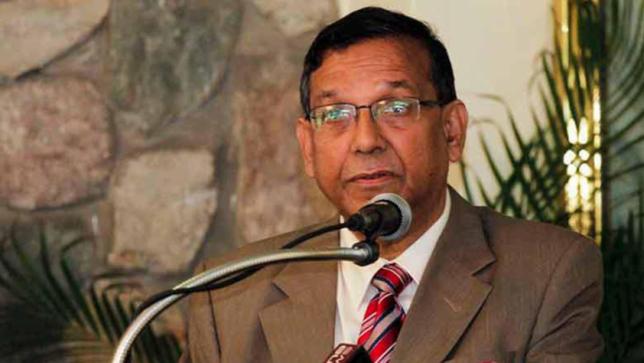 Law Minister Anisul Huq said the government cannot forcibly release anyone from prison on parole if the person (he/she) does not apply for it.

“No one can be released on parole forcibly. To get parole, an application needs to be submitted by any prisoner,” he pointed out.

The minister made the comment while talking to journalists at his secretariat office on Monday.

Anisul Huq also dismissed allegations raised by some BNP leaders as  a number of BNP leaders recently claimed that the government is trying to release party Chairperson Khaleda Zia on parole by force though they do not want it.

According to UNB report, Khaleda’s parole has been the talk of the town since Home Minister Asaduzzaman Khan said they would consider releasing the BNP chief if she files an application and cites specific reasons.

He said they did not receive any such application from the BNP chairperson.

But Hanif on Sunday ruled out the possibility of releasing the BNP chief on parole. “She doesn’t fall under any category to be allowed for release on parole,” he said about the former prime minister.

The BNP chairperson has been in jail since February 8 last year after being convicted in a corruption case. She was later found guilty in a similar case. Her release remains BNP's main demand.

Khaleda was shifted to Bangabandhu Sheikh Mujib Medical University on April 1 amid her party’s allegation that the government is neglecting her treatment.