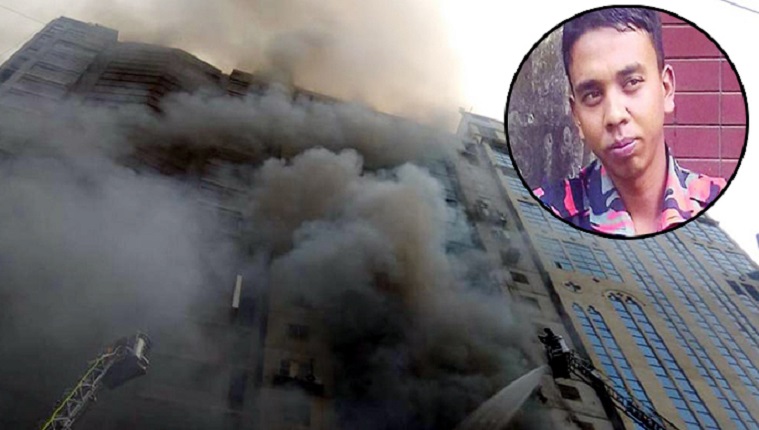 The injured Fire Service official at Banani FR Tower fire Sohel Rana has passed away in Singapore while undergoing treatment on Monday morning.

Earlier in the country, he was undergoing treatment in critical condition at Combined Military Hospital (CMH).

He was an incumbent fireman of Kurmitola Fire Service and Civil Defence.

Including Sohel, a total of 27 people were killed and around 70 others injured in the deadly fire incident on March 28 (Thursday).

The fire incident, at FR Tower in Banani, caused huge loss to life and property because of flouting the building code, faulty construction and lack of life saving equipments.