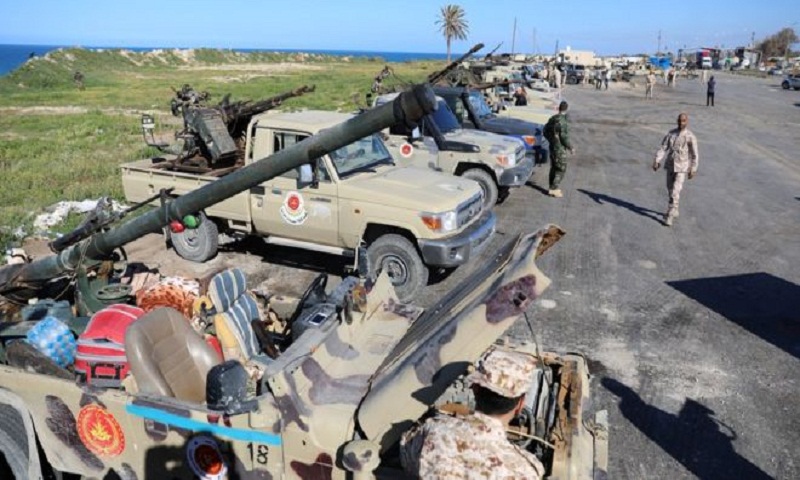 Libya's UN-backed prime minister has vowed to defend the capital Tripoli as forces loyal to a rival advance from the east.

In a televised address Fayez al-Serraj accused General Khalifa Haftar of launching a coup, saying his troops would be met with "strength and power".

The rebels are on the outskirts of the capital and say they have seized Tripoli's international airport.

Tripoli is the base of the UN-backed, internationally recognised government.

Rebel forces are advancing on Tripoli in a multi-pronged attack from the south and west of the city, although they have reportedly been slowed by pro-government fighters.

Who is Khalifa Haftar?

Born in 1943, the former army officer helped Colonel Muammar Gaddafi seize power in 1969 before falling out with him and going into exile in the US. He returned in 2011 after the uprising against Gaddafi began and became a rebel commander.

In December Haftar met Prime Minister Fayez al-Serraj from the UN-backed government at a conference but refused to attend official talks.