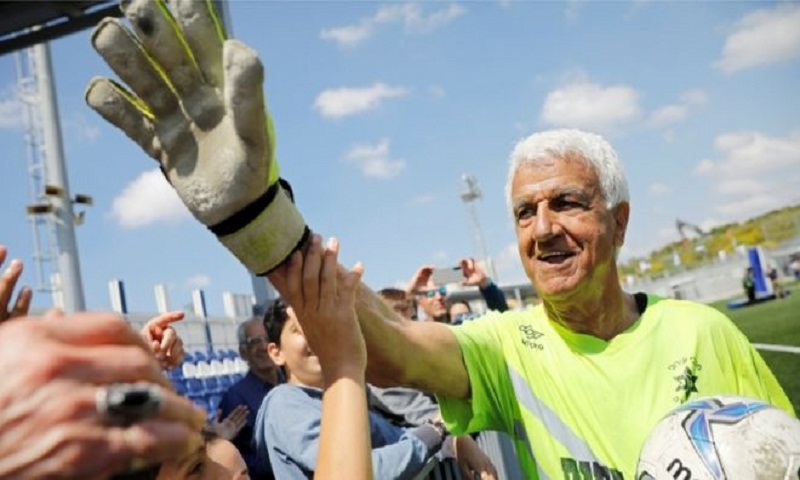 An Israeli footballer has entered the record books after becoming the world's oldest player to take part in a professional game at the age of 73.

Isaak Hayik set the record by playing as a goalkeeper for Israeli team Ironi Or Yehuda on Friday afternoon.

Despite his advanced years, Hayik said he was "ready for another game" after playing for the full 90 minutes.

He received the Guinness World Records prize at a ceremony after the match, just days ahead of his 74th birthday.

Ironi Or Yehuda play in Liga Bet South A, in the fourth tier of the Israeli league.

Although his team were beaten 5-1 by Maccabi Ramat Gan, Iraqi-born Hayik is said to have made a series of impressive saves during the game.

"This is not only a source of pride for me but also to Israeli sports in general," Hayik told Reuters news agency.

One of his sons, 36-year-old Moshe Hayik, described his father's achievement as "unbelievable".

He joked that he "used to get tired before he did" when they played together.

Uruguayan Robert Carmona was the previous record holder who, at the age of 53, was part of the starting 11 for Pan de Azucar in 2015.

He beat Sir Stanley Matthews' 52-year-long record in 2017 by netting the winner in Yokohama FC 's 1-0 victory over Thespa Kusatsu in J-League 2.