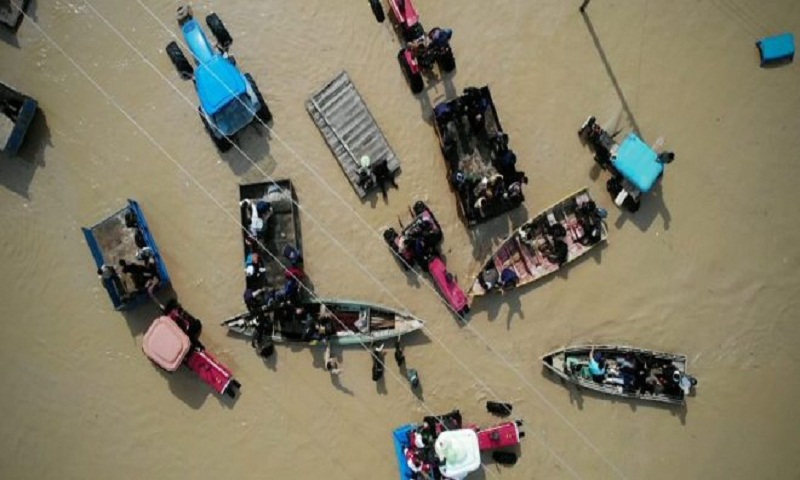 Heavy downpours are set to strike south western provinces as officials plan to release water from key river dams that are near capacity.

Women and children are being moved to safer areas while men are asked to stay and assist with relief efforts.

In recent weeks, much of the country has been submerged and the death toll currently stands at 70.

Towns such as Susangerd, with a population of 50,000, will be left at risk, officials say. It is to be evacuated on Saturday, along with about five other communities in the province of Khuzestan.

Around 70 villages in the province have already been evacuated in the past week.

Energy companies in the oil-rich region have helped the relief effort by using pumps to remove water.

Extremely heavy rain began on 19 March, affecting about 1,900 cities, towns and villages. Thousands of roads, bridges and buildings have been destroyed.