NBR to continue support for local industries in next budget 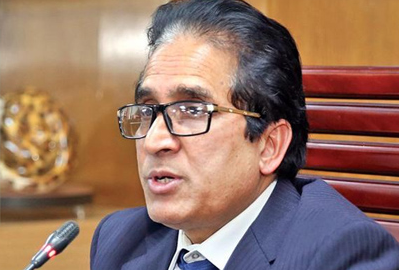 Chairman of the National Board of Revenue (NBR) Mohammad Mosharraf Hossain Bhuiyan said on Thursday that the NBR will continue its support for local industries in the next budget to encourage investment in private sector.

“The upcoming budget will be a people-friendly one and the NBR will continue its support for local industries to encourage entrepreneurs to increase their investments in the country,” said the NBR chairman while speaking at a pre-budget discussion with the leaders of Chattogram Chamber of Commerce and Industry (CCCI) at Bangabandhu Conference Hall of the World Trade Center here.

In the upcoming budget, he said focus will be made on social development, safety net, poverty reduction, boosting of GDP and generation of employment.

NBR also plans to adopt a business-friendly fiscal policy in the next budget so that the businesspeople can submit their tax returns in a proper way, the NBR chairman added.

Mosharraf Bhuiyan said the government has been giving tax exemption facilities at different rates on the import of capital machineries for last one decade to boost investment in the country.

He said human resource development will get priority in the next budget like the previous year’s followed by education, health and water supply.

During the meeting CCCI President Mahbubul Alam placed 148 proposals especially on Bond and VAT, 44 proposals on taxes which include raising of tax-free individual tax limit to Tk 3.5 lakh in the budget for fiscal year 2019-20.