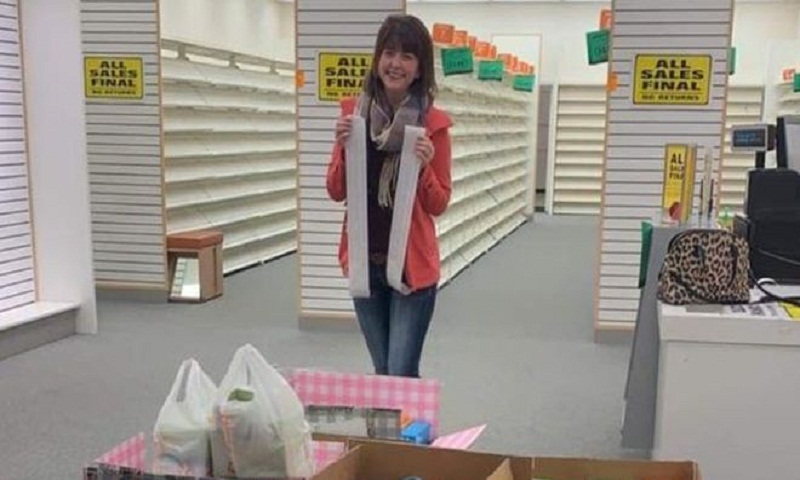 Several Midwestern states are reeling from historic flooding which hit the area a few weeks ago.

Thousands of people have been evacuated, and vast swathes of farmland has been destroyed.

For many in Iowa, Nebraska, Wisconsin, Minnesota and South Dakota the recovery effort has been slow and painful, as people return to their homes.

As images of submerged farms were broadcast across the country, many looked for ways to help.

Here are some of the acts of kindness to emerge in the wake of the devastation. 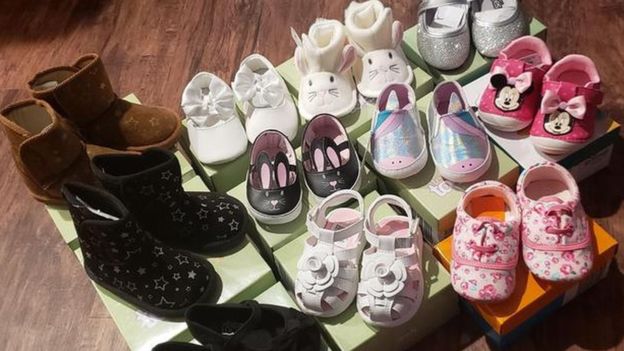 'Any shoes are better than wet shoes'

When Addy Tritt, 25, noticed her local discount shoe shop was closing down she decided to buy out their entire stock.

"I wanted them to go to people who actually needed them," Ms Tritt told CBS News.

After spending two hours negotiating with the the shop's head office, Ms Tritt paid just $100 (£76) for the entire stock.

Of Ms Tritt's haul, 162 pairs were baby shoes, two were men's shoes and the rest were women's, according to the the Associated Press.

"Any shoes are better than wet shoes," Ms Tritt said. "If people feel lost, they should try volunteering and donating. It gives me such fulfilment and I want others to feel the way I do."

The shoes were part of a shipment to Nebraska farmers organised by a local student agricultural group.

Nebraska Governor Pete Ricketts said farmers were some of the worst affected by "the most widespread destruction we have ever seen in our state's history".