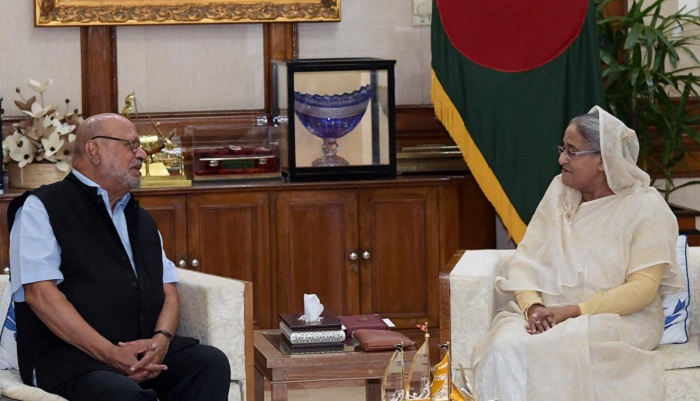 He said the prime minister and the Indian film director discussed different aspects of the preparation about the biopic to be made on Father of the Nation Bangabandhu Sheikh Mujibur Rahman.

The film based on Bangabandhu’s biography will be made under joint production of the governments of Bangladesh and India.

Earlier in 2017, the two countries signed an agreement to produce the film on Bangabandhu and a documentary on the Liberation War.

The film on Bangabandhu is slated to be released by March 17, 2021 to mark his 100th birth anniversary.

“Making of the biopic on Bangabandhu will complete before end of the ‘Mujib Year 2020-21’, declared by the government on the occasion of Bangabandhu’s birth centenary,” Benegal earlier told Information Minister Dr Hasan Mahmud at a meeting at the ministry’s conference room in the secretariat here this afternoon.

A 19-member committee has been formed with noted persons of Bangladesh and India for making the biopic. Additional Secretary of the Information Ministry Ajharul Haque is leading the Bangladesh side in the committee.