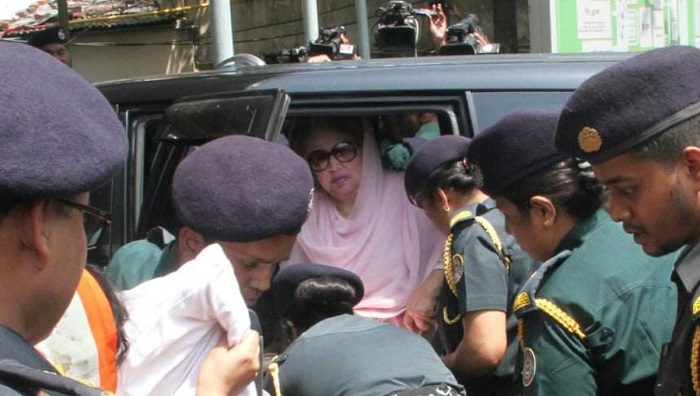 Responding to a question, AK Mahbubul Hoque, Director of Bangabandhu Sheikh Mujib Medical University came up with this observation at a press briefing at the hospital in the afternoon.

“After analysing Khaleda health conditions, still now, we did not find anything that deserves her treatment abroad. All kinds of treatment are available here,” said Mahbubul Hoque.

Mahbubul added: “Khaleda Zia is now suffering from pain in joints of her hands and legs. Her sugar level is also high. She cannot sleep well. She can’t walk alone”.

Earlier, Khaleda Zia was admitted to BSMMU’s cabin No. 621 in the afternoon while cabin No 622 was allocated for her personal assistants.

In the five-member medical board formed on March 28, there are two private doctors of Khaleda for assisting the board.