Wish you a good sleep 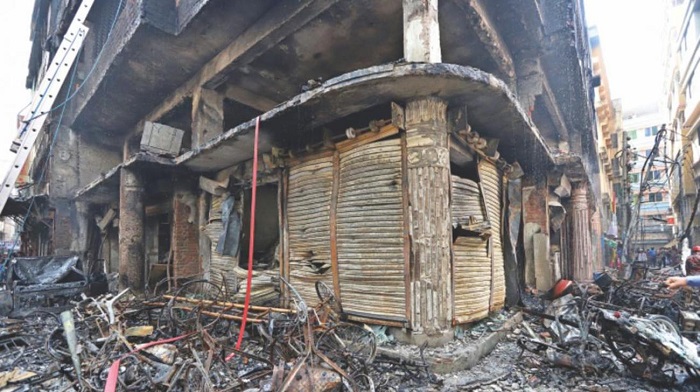 After eight years, eight months and 18 days of grisly Nimtoli fire tragedy, once again human lives charred to death in Old Dhaka city of the capital. This time seventy-eight people had to serve their lives to fulfill the hunger of the greedy monster- ‘Chemical fire’- which lurks inside the illegal chemical warehouses, factories and businesses of the area.

The residents of the area as well as the government were aware enough of the risks and vulnerabilities of the Old Dhaka city, especially Chawkbazar like areas.

According to media reports, there are more than 25,000 chemical warehouses in Old Dhaka, of which around 15,000 are in residential buildings.

Most of the warehouses stored with inflammable chemicals and dyes, largely used in readymade garment (RMG) and textile factories, plastic goods production and counterfeit perfume production.

Old Dhaka is also known as a hub for counterfeit and cosmetic and perfume products, including nail-polish, shaving foams, scent and deodorant.

Storehouses are built in some almost unreachable and undiscoverable rooms and buildings, meaning these are inaccessible to firefighters.

The gross consequences of such greed, indiscipline, mismanagement, irregularities were exposed in Nimtoli tragedy.

A total of 124 people had to pay the cost of greediness and unawareness with their lives in June 3, 2010, and also made a wakeup call to us.

The five-member probe body headed by the then additional home secretary Iqbal Khan Chowdhury placed a 17-point recommendation, including immediate shifting of all warehouses and shops from the densely populated Old Dhaka.

The probe body also strongly recommended to ban storage and sell of all flammable substances in residential area and forming a national taskforce to face any disaster. And then what?

The only good thing happened that time—the marriage of ‘Three Daughters’—the emotional exposure of Prime Minister Sheikh Hasina’s remarkable maternal affection toward ill-fated three brides. She came to their lives as mother and gave a new hope of future braving the traumas of the tragedy.

Sakina Aktar Ratna, her younger sister Faria Akhtar Runa and Asma Akhtar—three brides, who were orphaned and lost their most of family members in cruel Nimtoli blaze—got married to their respective suitors at Ganabhaban on Wednesday (June 3, 2010).

Ratna tied the knot with Saidur Rahman Suman, Runa with Mohammad Jamil and Asma with Mohammad Alamgir. The smile of happiness was playing on new couples’ faces and we all went in deep sleep with gladness breathing a sigh of relief.

As a result, no recommendation had been implemented during the last nine years.

Chawkbazar inferno again jolted us but the response from authorities suggested that we are going to see repetition of previous frustrations.

The authorities have not taken any step yet to assure people of relief from such bizarre threats and they even haven’t shown the least honesty to accept the failure rather blaming each other or trying to escape from their responsibilities.

House owners are saying they have nothing to do with tenant’s businesses as they have trade licenses. City Corporation is saying they are not authorised to check fire safety. The fire department is unaware of unauthorised factories and warehouses as factory owners did not approach for fire safety license to them.

Explosive Control Department is trying to escape from responsibilities saying the chemicals caused the Chawkbazar fire incident are not listed in their book as ‘explosives’. 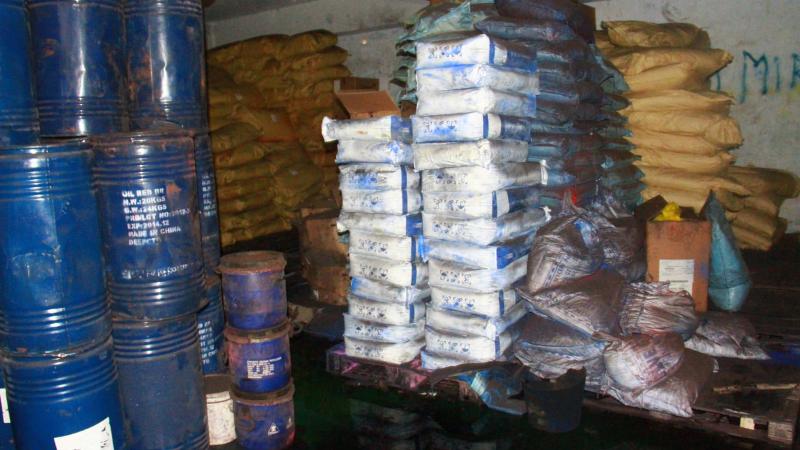 Industries Minister Nurul Majid Mahmud Humayun on Friday said, “The chemical business in Old Dhaka has been a family business. It's like a family tradition. They don't want to go far. A lot of issues are related to this. I'm from Old Dhaka. I know this very well.”

The minister also not interested to accept the grisly fire a chemical generated blaze. He told gas cylinder explosion was behind the fire, how absurd!

But the reality has another angel which told DSCC’s failure to earmark a place for permanent warehouses for chemical products.

“A place for permanent warehouses for chemical products is yet to be earmarked,” an official of Dhaka South City Corporation (DSCC) told.

Traders said stakeholders were still unaware where their products were being moved as the government is yet to earmark an area for building a chemical park planned earlier. They alleged the drive was ‘premature’.

DSCC officials said it would take at least five years to complete the building of the chemical park.

“Our previous efforts to construct the chemical park went in vain,” said an official wishing not to be named.

Fire Service and Civil Defence Director General Ali Ahmed said, “Around 98 percent of the chemical warehouses are illegal and they operate at night. We had warned them several times, but in vain.”

No matter what happens, we are habituated with natural calamities and now practicing to be expert in bearing such manmade disasters, losses and trauma.

Least but not last, again we breathed a sigh of relief after the death of the Biman ‘hijacker’ at Chattogram airport, who was supposed to be a great threat to 142 lives on the flight BG 147 on Sunday evening.

Again we had a good sleep last night… and hope our sleep will not be disturbed anymore.