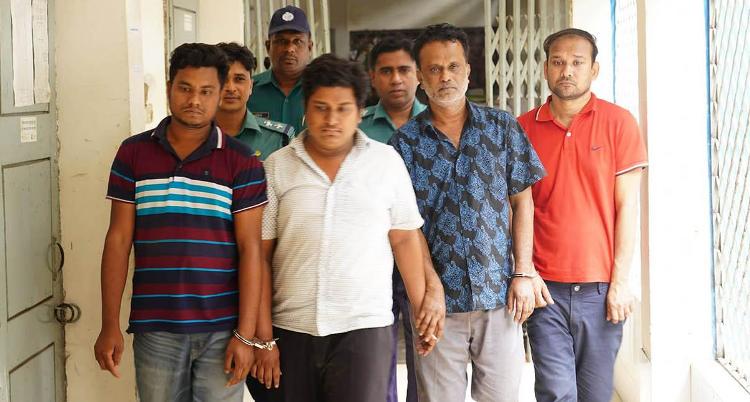 Police on Wednesday detained an organised gang of 4 frauds, who swindled hundreds of crores Taka in the name of overseas recruitment through job opportunity advertisement on BDjobs, a popular job website of the country.

The fraudulence gang cheated huge amount of money in the name of recruiting people in Qatar based companies.

Biplop Kumar Sarker, Deputy Commissioner of Dhaka Metropolitan Police, revealed the information at a press conference held at his office in the capital’s Tejgaon area.

“Some dishonest BDjobs officials are linked with this fraud gang. The gang used to advertise in the BDjobs site for the posts of ‘retail store manager’ and ‘commercial manager’ in the Qatar based companies, named Delta Group, Ali Bin Group and ABA group.” Biplop said.

“They used to take TK 3,00,000 to 4,00,000 lakh from an interested applicant. They used BKash and Rocket mobile banking service for money transaction” He added.

When asked about the dishonest BDjobs officials, Biplop Kumar said, “We have got some specific names of BDjobs officeials. Legal action will be taken against them soon.”