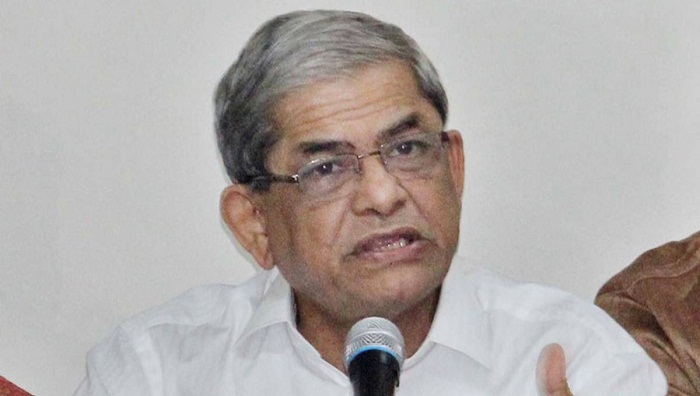 “The spirit and ideals holding which people fought the Liberation War have been destroyed today. Liberation means freedom of people who live in the country, their economic and political freedom which this Awami League government has destroyed completely,” he said.

While addressing a discussion at the Institution of Engineers, Bangladesh arranged by BNP on the occasion of the Independence Day and National Day, Fakhrul also said Awami League had ‘ruined’ the independence through establishing BAKSAL in 1975. “Similarly, it wants to establish BAKSAL today through torture and repression after 48 years of independence.”

Turning to party chief Khaleda Zia who has been in jail since February 8 last year, he alleged that that the government is not providing treatment to her.

The BNP leader also said they will free their chief through a movement together with people.

Speaking at the programme as the chief guest, BNP standing committee member Khandaker Mosharraf Hossain alleged that the government is now in power with ‘muscle power’.