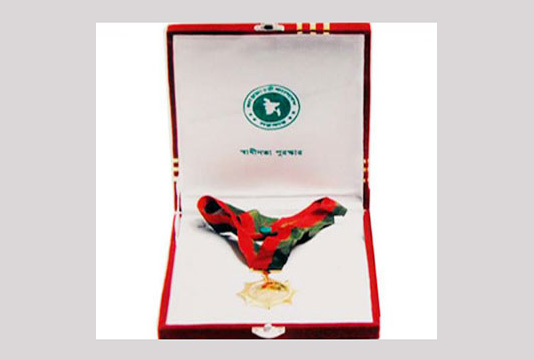 The ‘Swadhinata Purashkar-2019’ (Independence Award) will be presented to 12 distinguished persons and an organisation  on Monday in recognition of their glorious and outstanding contribution to their respective fields.

Prime Minister Sheikh Hasina will hand over the award, the highest civilian honour of the country, to them at a function at Bangabandhu International Conference Centre in the morning on the eve of the Independence Day.

On March 10, the government declared the names of 12 noted persons and an organisation for this year’s Swadhinata Purashkar.